The Kurdish-led Syrian Democratic Forces (SDF) announced on Sunday they completely withdrew from the Syrian-Turkish border; the Syrian Foreign Ministry welcomed the withdrawal 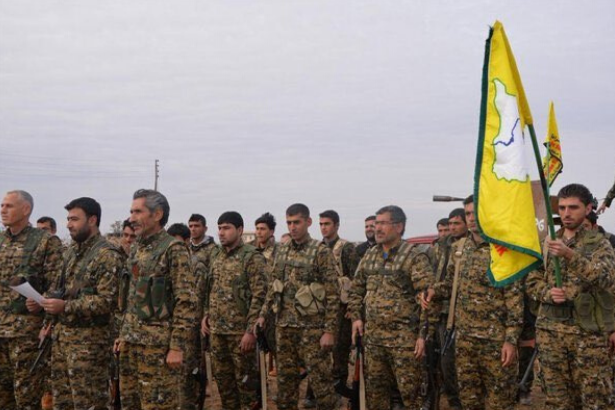 SDF announced that they had started the withdrawal from the border with Turkey, as part of the Sochi agreement signed between Russia and Turkey.

Syria's Foreign Ministry made a statement regarding the withdrawal.

"The Syrian Arab Republic welcomes the withdrawal of armed groups 30 kilometers from the Syrian border with Turkey in full coordination with the Syrian government troops. This withdrawal deprives Turkey of justification of its brutal aggression against our territories," the ministry said.

As reported by Sputnik, SDF stated that "after intense discussions of our objections with Russia, we agreed to fulfill the initiative on the termination of the Turkish aggression in northeastern Syria … The SDF will take new positions, far from the Syrian-Turkish border to avoid bloodshed and protect the region’s population.”

Earlier on Sunday, the Syrian-based SANA claimed that there was a clash between the Syrian army and the Turkish Armed Forces on the rural side of Ras al-Ain. The Turkish Defence Ministry said in a statement that at least one soldier had been killed and five more were wounded in the attack by the YPG.

According to SANA, the Syrian army is in control of the villages of Um Harmala, Bab Hair, Om Ashba and al-Asadia near al-Hasakah. The distance of the Syrian army from the border with Turkey has decreased to 3 kilometers.