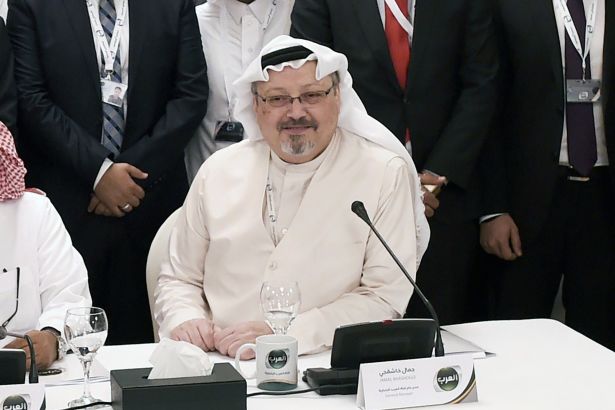 Saudi citizen Jamal Khashoggi was killed in a "fistfight" in the Saudi Consulate in Istanbul, the kingdom claimed early Saturday, admitting that he had been slain at its diplomatic post for the first time. Authorities said 18 Saudi suspects were in custody for his slaying and intelligence officials had been fired.

The overnight announcements in Saudi state media came more than two weeks after Khashoggi, 59, entered the Saudi Consulate in Istanbul for paperwork required to marry his Turkish fiancee, and never came out.

Khashoggi, who was considered close to the Saudi royal family was a former newspaper editor in Saudi Arabia. He advised Prince Turki al-Faisal, former Saudi intelligence chief, and has also been close to billionaire investor Prince Alwaleed bin Talal.

Middle East insiders say some deeper subplots played into Khashoggi’s death — ties to Saudi intelligence and his past relationship with the Islamist group the Muslim Brotherhood. MbS branded the Muslim Brotherhood a terrorist organization, and one of his signature moves as heir to the Saudi throne was to cut off all ties with the rival Gulf nation of Qatar. The prince blames Doha for financing the Brotherhood to foment unrest against the powers that be across the Arab world, in particular, Saudi Arabia.

"Saudi Arabia has been a great ally. What happened is unacceptable."

Though Trump said Riyadh's account was credible, it drew doubt from some U.S. lawmakers.

The announcements came in a flurry of statements carried by the state-run Saudi Press Agency early Saturday morning.

"Preliminary investigations conducted by the Public Prosecution showed that the suspects had travelled to Istanbul to meet with the citizen Jamal Khashoggi as there were indications of the possibility of his returning back to the country," the statement read, though there's been no indication Khashoggi had immediate plans to return to the kingdom. "Discussions took place with the citizen Jamal Khashoggi during his presence in the consulate of the kingdom in Istanbul by the suspects (that) did not go as required and developed in a negative way, leading to a fistfight. The brawl led to his death and their attempt to conceal and hide what happened."

The Saudi statements gave no explanation of how 18 people could be involved in one "fistfight." Nor did the statements explain what happened to Khashoggi's body after his death.

Turkish sources have told Reuters news agency the authorities have an audio recording purportedly documenting Khashoggi's murder inside the consulate. Turkish pro-government newspaper Yeni Şafak has published what it said were details from the audio. It said Khashoggi's torturers had severed his fingers during an interrogation and later beheaded and dismembered him.

Saudis to admit Khashoggi was killed by mistake: reports