Turkey received the first shipment of Russian S-400 air defense systems, the reason that heightens the tension between Ankara and Washington 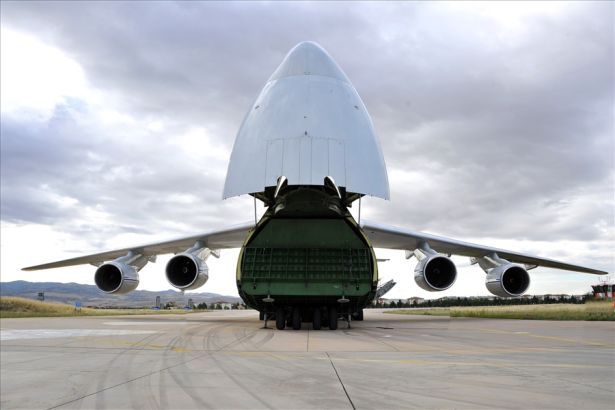 “The first batch of equipment of the S-400 long-range regional air missile defense system, which is procured to meet Turkey’s air and missile defense needs, has started to arrive at Mürted Air Base in Ankara as of July 12, 2019,” the ministry said in a written press statement.

The delivery of the S-400s will continue in the upcoming days, it is also announced by the authorities.

NATO made a statement after Ankara took delivery of the first batch, saying that it was "concerned" by Turkey's acquisition of Russia's systems.

The US Wall Street Journal published an article titled "Erdogan takes Putin over NATO", commenting that the U.S. and NATO don’t have much choice other than to rethink whether Turkey still belongs in the alliance.

"President Trump sounded conciliatory on the S-400 decision at the recent G-20 summit, and perhaps the Turk interpreted that as a sign he would get a sanctions pass. If Mr. Trump blinks in response, Congress will have to show Mr. Erdogan the cost of betraying an ally," WSJ said.

The purchase of Russian missiles by Turkey heightened the tension between Turkey and the US, as the US several times sent warning messages saying Turkey could face US sanctions and it would affect Ankara's participation in the F-35 program.

However, Ankara insisted that Turkey's purchase of Russia's air defense systems would have no impact on the deliveries of US F-35 fighter jets.

Following the delivery of the S-400s, US sanction statements and CAATSA are on the agenda again. Under CAATSA, sanctions are imposed on countries that cooperate with Russia in defense and intelligence. The law includes cessation of export-import bank support to individuals and institutions, no credit from international financial institutions, the prohibition of payment or credit transfers between financial institutions and banks.