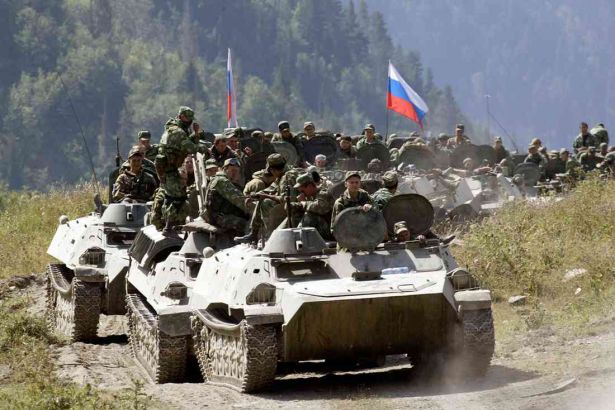 Russia voiced concern and urged restraint over a new Turkish operation to oust Kurdish YPG militant group from a northern Syrian enclave, with Moscow responding by withdrawing its troops from the zone in question

Russian Defense Ministry said Saturday that "to prevent possible provocations, to exclude the threat to life and health of Russian servicemen, the operational group of the Center for Reconciliation of warring parties and military police in the Afrin area is relocated to the Tell-Adjar area." Tell-Adjar is within a so-called "de-escalation zone" established in September.

Reacting to the offensive, the Russian military criticised Washington for having "provoked an extremely negative reaction from Ankara" with "uncontrollable arms deliveries" to the US-backed militant group. Ankara had over recent days expressed fury over a US plan to train a 30,000-strong body of local fighters, including the YPG, as a "border security force."

In a separate statement reported on Russian news agencies, Russian Foreign Ministry said that "Moscow is concerned at this news. We call on the opposing parties to show restraint."

The Turkish incursion prompted Russian Foreign Minister Sergei Lavrov to discuss the issue with US Secretary of State Rex Tillerson, Lavrov's ministry said. Moscow said the conversation was a US initiative.