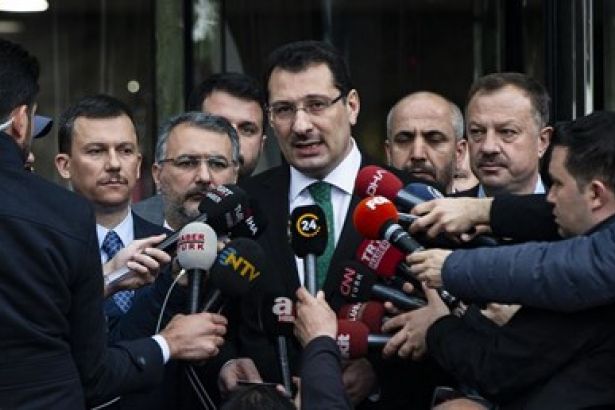 After losing Turkey's biggest city Istanbul's municipality in the local elections of March 31 to the opposition party CHP, the ruling AKP has appealed to the results of several districts in Istanbul.

The Supreme Election Council (YSK) has approved some of those appeals, ordering partial or full recounts in several districts. The recounting in Maltepe district, which is in its third round, has not been completed yet.

AKP Deputy Chairman, Ali İhsan Yavuz, submitted his party's appeal for the annulment and renewal of the Istanbul elections to the YSK on Tuesday.

"God willing, soon we will have presented our extraordinary appeal requesting the annulment of the Istanbul Metropolitan Municipality elections and their do-over,’’ Yavuz posted on social media on Tuesday.

The controversies have been continuing since March 31, the day of the countrywide local elections, as the ruling AKP lost many major cities, including the capital Ankara, and the opposition party also won the local polls in İstanbul according to the unofficial results. As the AKP government does not want to hand over the city, the votes have been recounted for about 15 days in İstanbul because of AKP's appeals.