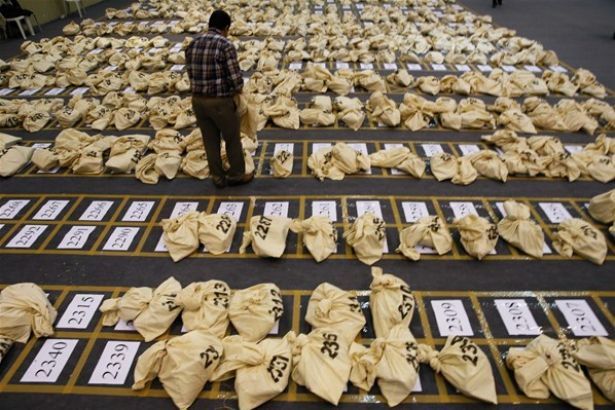 On April 14, the ruling Justice and Development Party (AKP) and its fascist ally, the Nationalist Movement Party (MHP), made objections to the board, leading to the cancellation of additional balloting committees during the vote counting, thus about 400 polls would be recounted for the third time in Maltepe district of İstanbul. Evaluating the CHP’s appeal for resuming the vote counting, YSK reached a decision in favor of the opposition party.

The controversies have been continuing since March 31, the day of the countrywide local elections, as the ruling AKP lost many major cities, including the capital Ankara, and the opposition party also won the local polls in İstanbul according to the unofficial results. As the AKP government does not want to hand over the city, the votes have been recounted for about 15 days in İstanbul because of AKP's appeals.

Turkey’s President Recep Tayyip Erdoğan told the reporters prior to his visit to Russia on April 8 that “the whole election process in İstanbul was unlawful”. Implying Ekrem İmamoğlu from the opposition party CHP, who won the first place in İstanbul’s polls, Erdoğan also said that “With a 13-14 thousand difference [in votes], nobody should claim victory".

"AKP AND MHP COMMITTED A CRIME"

soL news talked with two prominent lawyers about the longstanding electoral process in İstanbul. Ali Rıza Aydın, a former rapporteur of Turkey’s Constitutional Court and the existing chair of the Association of Left Stance in Law, told soL that the alliance of AKP and MHP committed an illegal act.

“From the perspective of law, objection is a right that is granted to political parties and candidates, yet this should be duly executed,” Aydın said, adding that the alliance of AKP and MHP made their objections through invalid ballot papers. He said that these parties violated the principle of secret voting and open counting.

Underlining that the alliance of AKP and MHP resorted to a threatening method towards the YSK officials, Aydın stated that the electoral council also led to an unlawful procedure during the vote counting process. Aydın noted that the constitutional principles and the basic principles of universal suffrage that humanity had won by means of historical struggles were completely violated.

“This incident should not be perceived as a person’s or a party’s legal or stubborn and ill-tempered attitude,” Aydın said, pointing out that the hegemonic politics of the bourgeois state, the capitalist order remained silent towards what was taking place. He noted that it would not be an easy decision for the capitalists to hand over the administration of İstanbul, such a great world of profit and exploitation.

"OBJECTIONS SHOULD HAVE BEEN REJECTED"

Talking to soL news, Ömer Faruk Eminağaoğlu, the former chair of the Association of Judges and Prosecutors (YARSAV), suggested that YSK should have initially rejected the AKP’s appeal for recounting of the votes because the electoral law of Turkey was clearly designating the process of objections and vote counting.

Eminağaoğlu called on YSK to remember its raison d'être, and immediately declare the election results that emerged with the people’s will.