While one of the trademarks of the 17-year rule of Turkey’s AKP government has been railway accidents and massacre-like losses in those accidents, the government now puts the life of the people of Ankara in danger with a roller coaster in an amusement park opened recently, challenging warnings of experts 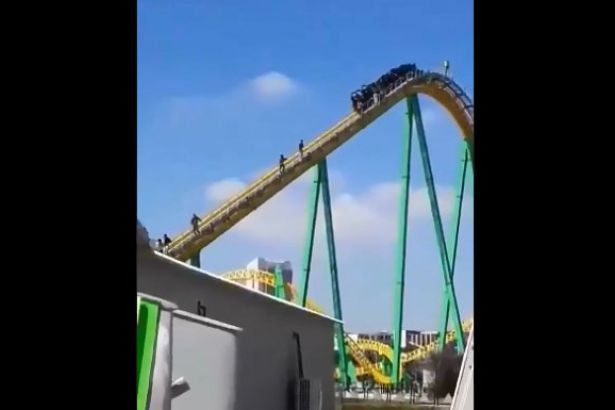 The park was opened earlier than planned as a part of Turkish President Erdoğan’s election campaign despite the objections from engineers and other experts. Two days after the opening, on March 22, the roller coaster in the park had broken down and people had to take a dangerous climb down.

Construction of the theme park started 6 years ago but it was not opened to the public after completion last year because of safety fears.

Reminding two other occasions in 2017 and 2018 where people’s lives were endangered, the release said: “Not even two years after that, a similar thing happened in Wonderland Euroasia which was opened by the President as an electoral investment.”

The Chamber reminded that “all amusement machines must be inspected monthly and annually according to the related regulations, their safety parts must be tested” all of these being recorded legally. The release also posed several questions to the authorities:

- Which person or persons inspected the amusement park and other facilities in Wonderland Euroasia?

- Were the required checks and inspections completed during the assemblage of the roller coaster at the amusement park?

- Were the tests required for commissioning of the roller coaster completed and were the temporary admission granted?

Pointing out that “unless this mentality that prioritizes money and profit instead of science and technology which are essentials of engineering, unfortunately, there will be deadly consequences”, the Chamber underlined: “Scientific works of professional chambers and other organizations must be taken into account, and transportation, healthcare, education, and amusement policies that prioritize human life and public interest must be put into practice.”

The amusement park was a part of the big project destroying Atatürk's Forest Farm (AOÇ) in the capital city. A significant part of AOÇ had been destroyed with the construction of President Erdoğan's Presidential Palace, the former AKP mayor Melih Gökçek's extravagant amusement park project Ankapark, and Ankara boulevard running through the forest.

Melih Gökçek was also shown stuck at the top of the roller-coaster shortly after the park was completed last year.

Before the opening of the amusement park, Tezcan Karakuş Candan, the branch chairperson of the Chamber of Architects in Ankara, had warned the authorities as to the possible accidents due to several deficits in the construction of the park site and machines.