Is the risk of conflict rising in the Mediterranean?

soL columnist and CC member of the Communist Party of Turkey, Erhan Nalçacı, comments on the recent developments in the Mediterranean, including Turkey's involvement in Libya's civil war 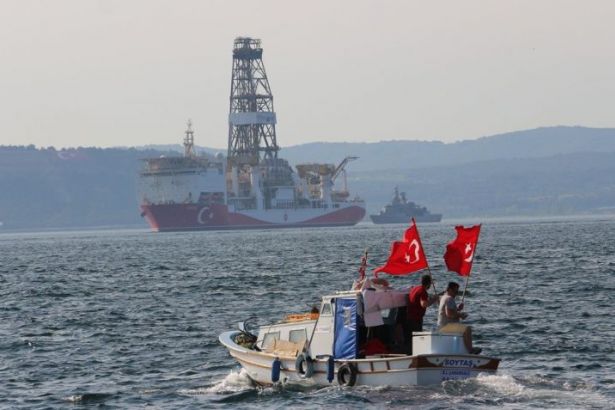 The presence of 2 trillion cubic meters of natural gas reserves in the Eastern Mediterranean, which will probably increase with new discoveries, has intensified imperialist competition.

If we were living in a socialist world, natural gas would be extracted by the state institutions and distributed fairly among the neighboring peoples. Measures would also be taken against the pollution of the Mediterranean.

But we are not. Today, the states in the region define economic areas under their hegemony and call on energy monopolies because they do not have the ability to operate underwater reserves.

This is exactly what Cyprus is doing. It also offers military bases to imperialist countries to protect monopolies. France is setting up a naval base in Cyprus to protect Total, for example.

What Turkey is doing is similar; it is trying to create a region under its own hegemony. It sends drilling vessels to this region, but it does not have the technology to extract oil or natural gas from underwater. Turkey is also trying to increase its legitimacy by making agreements with foreign energy monopolies.

Turkey seeks to get a share or to make the power lines pass through the country.

The agreement determining the maritime borders with the Government of National Accord (GNA) in Libya, which is a part of the civil war, aims to legitimize the natural gas/oil exploration areas and to take a share from the energy lines that will pass through these areas.

All these heighten the fight for hegemony and for the sharing of resources in the Mediterranean. We know, from the history of the world, that politics and diplomacy speak to a certain extent but after a while, weapons start to speak.

France, Italy and Cyprus navy held a military exercise last week, saying clearly that Turkey is against their claims.

Cyprus is seen as an aircraft carrier in the imperialist world due to its strategic location. Indeed, Britain's military bases in Cyprus are an extension of the imperialist policies of the last century.

Now Turkey also reinforces the picturing of Cyprus as an aircraft carrier and establishes a base for armed UAVs in the areas of hegemony in Cyprus.

As part of this tension, Turkey's moves to be more involved in the civil war in Libya increase the risk of the competition to turn into a war.

Libya is actually divided into two after the NATO intervention in 2011. The eastern government is politically and militarily supported by Egypt, Saudi Arabia and the United Arab Emirates in the Arab world. In addition, the support of France and Russia is known. GNA in the West is said to have international recognition because it is the government of jihadists who cooperated with the NATO attack. This political structure is supported by Turkey and Qatar and exists as probably the last remaining Muslim Brotherhood power in the world.

The military cooperation agreement signed between GNA and Turkey and approved in the Turkish parliament between means that Turkey is practically involved in the civil war by sending troops. Because Turkey was already helping with weapons and military advisers.

Egypt declared that such a development was a matter of national security as Libya's neighbor and one of the deputies in the civil war. The Arab world is said to have a general concern and a psychological environment of a pre-war preparation.

The US, on the other hand, has a very low political profile, especially in Libya, and this should not be seen positive!

Before the great imperialist wars that ravaged the world, many small wars were seen and they were forerunners of the big one in fact.

For example, Italy's invasion of Libya, which was in the hands of the Ottomans before World War I, Austria's annexation of Bosnia and Herzegovina, Balkan wars, etc.

We always say that the capitalist classes cannot protect the working classes of the countries they dominate from a war. On the contrary, they will drag them into a deadlock in pursuit of their own interests.

Opinion: The war of redistribution in Libya