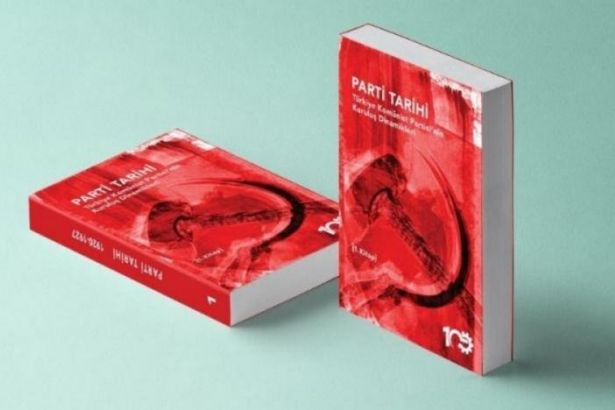 The Communist Party of Turkey (TKP) celebrated its 100th anniversary in 2020 with a series of events, exhibitions, and publications.

The first volume of the four books dedicated to the 100th anniversary has been published under the title “HISTORY OF THE PARTY: The dynamics of the foundation of the Communist Party of Turkey” by Yazılama Publishing House. Being a product of collective work, the book reviews the roots of the communist movement in the country with a special focus on the founding cadres of TKP and the historical-political developments in the first years.

The first volume begins with explaining the first socialist organizations and worker movements in the history of the country before the party was founded and goes until October 25, 1927, the date of persecution of the TKP members in an anti-communist operation.

"The rise of the communist movement in Turkey begins with the break from the socialism of the Ottoman period. Ottoman socialism was founded and organized through ethnic and religious boundaries, with the ambiguity between socialism and nationalism on the programmatic and ideological level. The break comes along with the national independence movement, which begins in 1919, and the structural transition from the Ottoman Empire to the Republic of Turkey. This transition and the relations with the Soviet Union influenced the emergence of the communist movement in Turkey," the publisher notes on the book.

"Although this study relies on documents, the main motive is not just publishing the documents. There is no intention for polemics, but there is a purpose to answer widespread alterations, and misleading history writing since rewriting the Party’s history is a weapon for the current struggle, the struggle for socialism," it adds.