Resisting students win struggle at Istanbul University: "We will win the country"

The raise in cafeteria prices at Istanbul University has been receded after the reactions and protests of the students. Communist Youth of Turkey (TKG) who has been calling out to the students to mobilize against to raise, has made a statement 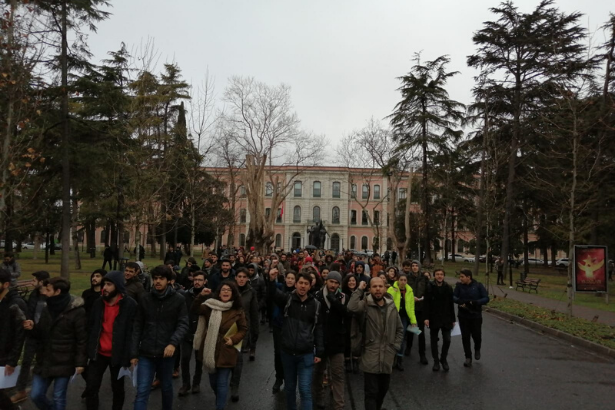 One week ago Istanbul University had announced that breakfast would no longer be available and the price of lunch and dinners served at the cafeteria would increase. Organizing via various social media platforms, the university's students had expressed their discomfort and later on gathered in front of the Central Campus of İstanbul University on the 31st of December. In the press release, it has been expressed that this recent price increase is unacceptable and furthermore all students were invited to object the change with launching a petition campaign. 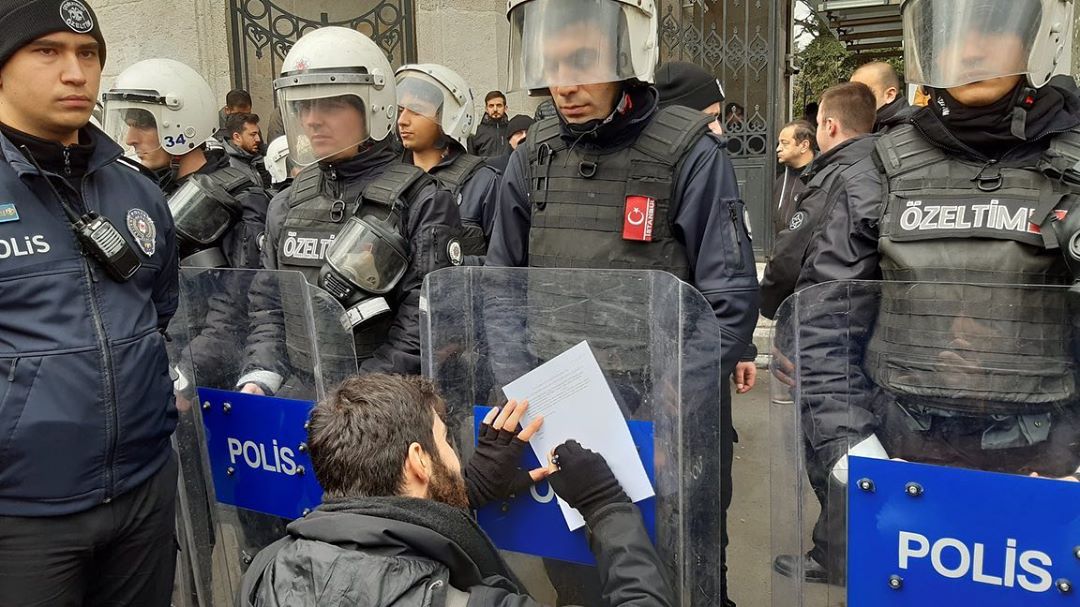 The determined struggle of the students received lots of support from public opinion and also from many of intelligentsia. The struggle ended in a gain with an announcement by the school administration on social media, announcing the cancelation of the price increase.

After the accomplishment of the struggle, members of TKG who have been pioneering the course all along explained the process to soL news:

“For a long time, none of the issues regarding the students or university were asked to us. When the latest raise in cafeteria prices partake of a violation of the right to nutrition –which is a basic human right-, students said: “That’s enough!”. The withdrawn of arrangement as a consequence of the struggle of the students is clearly a gain. I think the most important lesson to be learned from this process is that, not only in this period but in each and every step of our life, there is not a single difficulty we can not overcome if we stand against it side by side,” said one of the students.

Moreover, in a publication of TKG, the importance of being organized was emphasized:

“The students of Istanbul University have fought and taken back their right to nutrition. We said it yesterday and we do say it now: As long as the youth keeps striving, the ones who think they can fill their pockets forever will lose.

However, we also know that, as long as this barbaric order continues to exist, it will attack and take away our friends, because of the hopelessness of the youth.

As the Communist Youth of Turkey, we denounce once more: Winning the cafeterias, the dorms, the student loans are not enough, we will win our future! We will cleanse our country of the exploiters, of the enemy of the people.

Today in Istanbul University, tomorrow in the whole country. The winnersW will be the youth that struggles.”