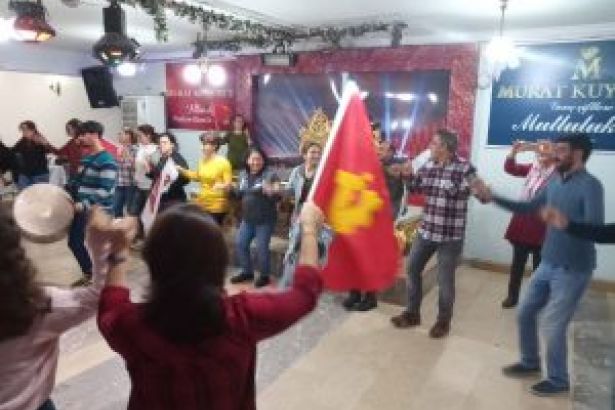 Sun Textile's subcontractor Simo Textile workers were dismissed without receiving their rights. The workers, who came together with the solidarity network "We Breathe Down the Bosses' Neck", had started to resist in front of the factory in İzmir's Çiğli to get their unpaid wages, compensation and overtime pay.

Simo Textile workers' resistance in front of the factory has resulted in a gain. As of yesterday, all the demands of the dismissed workers, including salaries and overtime wages, have been transferred to their bank accounts. The workers celebrated the victory together following the news.

The workers of the textile company, which works for international brands like Zara, Bershka, M&S, Esprit, Next, Tesco, Amazon, have been resisting in front of the factory in İzmir Çiğli Atatürk organized industrial area in order to gain their rights since 18th November 2019.

The boss stated that he had gone bankrupt, dismissed the workers without paying their salaries and compensation. The workers contacted ‘We breath down the bosses’ neck' platform initiated by the Communist Party of Turkey (TKP) and decided to act together.

They have repeated several times that they were determined to continue resisting until their demands were met.