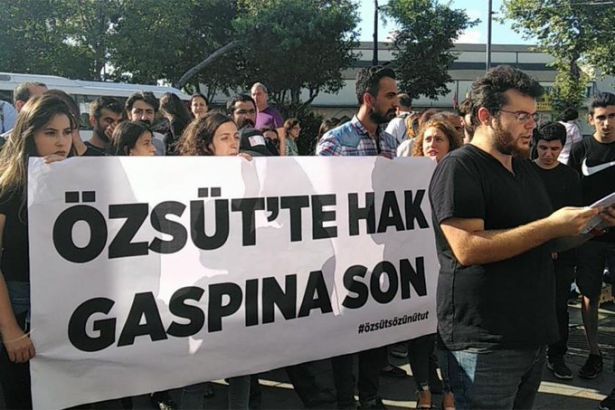 Salaries of a large number of workers working at one of the well-known bakery chains, Özsüt, have not been paid for about three months on the grounds that the company is in economic crisis.

As reported by Evrim Kepenek from bianet.org, Umut Marangoz, one of the workers received a phone call from the board of directors and he was informed that payments would be made and other problems would be solved.

"Our resistance has resulted in gains. We are promised that 386 workers will be paid. We want our resistance to set an example for other workers,” Marangoz said.

Last week, police attacked the workers who were sitting in front of the bakery's Kadıköy branch and detained a large number of workers.

Workers of bakery chain Özsüt in Turkey attacked by police