Report: What have workers in Turkey lost with agreement signed between Turk-Is and AKP?

TKP Labour Center has published a report evaluating the Protocol on Collective Bargaining Agreement signed between the ruling AKP government and the Confederation of Turkish Trade Unions, pointing out the losses of the workers with the agreement 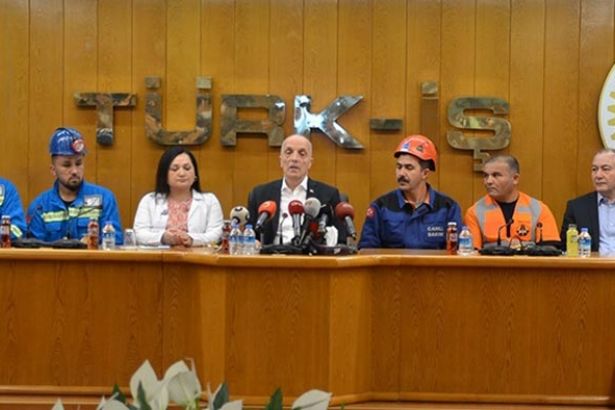 The Confederation of Turkish Trade Unions (TÜRK-İŞ), one of the yellow unions collaborating with capitalists, has come to terms with the government on collective labor agreement for workers in state enterprises on August 12, accepting the offer for a low wage increase and giving up its previous demands for workers.

Earlier this month, the President of the Confederation of Turkish Trade Unions has been caught off-camera saying to the Minister of Labor that "If we resisted against the government’s offer for the low wage increase, we would have put a spanner in the works. At least we didn’t let sleeping dogs lie."

The Protocol on Collective Bargaining Agreement signed between the AKP government and Türk-İş (Confederation of Turkish Trade Unions) on August 12 encompasses 200 thousand workers in public service.

Communist Party of Turkey (TKP) Labour Centre prepared a report regarding technical details as well as what workers lost with the protocol.

The report underlined that the agreement is binding for all trade unions within the confederation in accordance with the bylaw promulgated in 2017. Such binding force in effect suspends the right to strike since it prevents disagreement among the unions.

The report underlined that Türk-İş did not have to sign the agreement.

1- Workers in public service were subjected to low wage increase although they are already struggling with the increasing prices.

2- The agreement does not cover outsourced workers so they were even deprived of such a wage rise.

3- Workers were deprived of collective bargaining.

4- Strikes were banned in public service.

5- Pressure was put on the present and future collective bargainings.

6- Individual trade unions could have undertaken collective bargaining and signed separate agreements. Türk-İş did not have to sign the agreement.

TKP: It is not necessary to wait for yellow trade unionists to make a blunder