Report to save the management signed six days after train disaster

Turkish State Railways has prepared a report six days after the tragedy, claiming the adequate training was given but accidentally forgotten to be signed 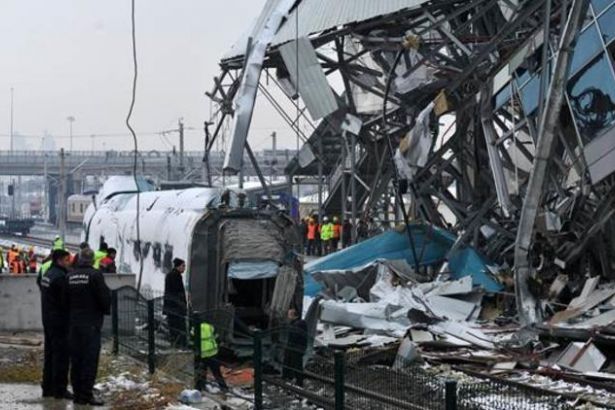 One of the switchmen working in Ankara for the Turkish State Railways (TCDD), Osman Yıldırım, was arrested after the high-speed train disaster in which 9 people died on December 13, in Ankara, Turkey. During the investigation, the switchman claimed that his employer TCDD had assigned him the work without giving the necessary training. After the allegation, it was revealed that the TCDD management has filed a scandalous report to save themselves.

6 days after the incident, the Directorate of the TCDD prepared a report stating that Yıldırım who came to Ankara for a temporary duty had been “passed through an orientation process”. After the training under the orientation process, Yıldırım's “On-the-Job Training Follow-up Form” was claimed to have been “mistakenly forgotten” to be signed.

According to Alican Uludağ, from Cumhuriyet daily, Yıldırım came to Ankara from Samsun for temporary duty and was at his second night shift when the disaster happened. Yıldırım also said that “I haven’t learned how electric controlled S-scissors are operated from the switchboard. I was not trained.”

The report of the management, which was added to the investigation file, was signed on 19 December 2018, 6 days after the incident, by TCDD Garage Manager Talip Ünal, Gar Deputy Director Kadir Oğuz, and three officers.

9 people, including 3 mechanics, were killed and nearly 100 people were injured at the disaster. Within the scope of the investigation initiated by the Ankara Chief Public Prosecutor's Office, 3 TCDD employees, including Osman Yıldırım, were arrested on charges of killing by gross carelessness.