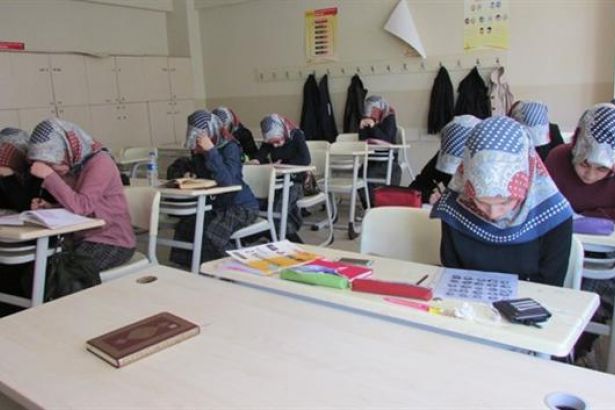 The Ministry of National Education has reduced the lower limit of the number of inhabitants of a town for an imam-hatip school to be founded from 50 thousand to 5 thousand. Meanwhile, another decision of the Ministry restricts the percentage of students in science high schools to 5 percent of the total students at the final year of the middle schools within a province.

According to the daily Cumhuriyet, it is now 10 times easier to found an imam-hatip school after the recent regulation of the Ministry of National Education. The new regulation enables to open up new imam-hatips at every district.

The new regulation limits the quota of the science highs schools, which are known for their success at university entrance exams. The percentage of students in science high schools must not exceed 5 percent of the total students at the final year of the middle schools within a province.

İmam-hatip schools, which had originally been founded as vocational high schools to train imams, had long been a matter of debate as their numbers constantly increased, excessing beyond the personnel requirement, during the ruling Justice and Development Party (AKP)  government.

In 2012, the government introduced a contentious 12-year compulsory education system with four-year phases of primary, middle and high school, known in Turkey as the “4+4+4”, paving the way for religion middle schools. As of the 2015-2016 scholar year, the number of imam hatip middle schools is almost 2 thousand.