Religious Affairs to assign representatives to universities and schools 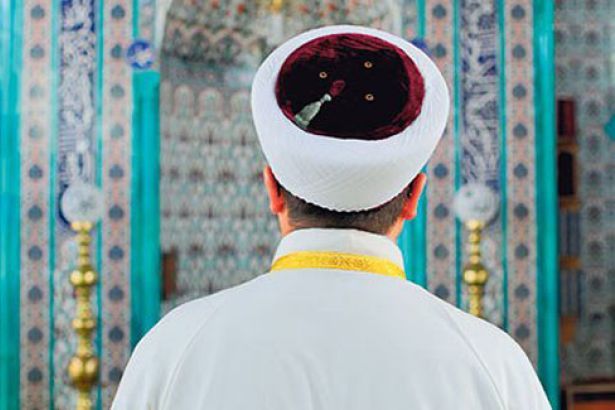 Turkish AKP government is attempting to grant the Directorate of Religious Affairs, or Diyanet, more power to regulate all public spheres with their Islamist understanding. Within this context, the Diyanet has published "the Directive for Youth Studies," prepared for "the identification of procedures and principles regarding services to be provided to all segments of society."

The directive, based on a cooperation protocol signed between the Diyanet and the Ministry of Youth and Sports, shows again the increasing authority of the Directorate of Religious Affairs, whose activities have become disputable in the recent period under the AKP government.

The 18-point directive includes general activities to be carried out by the Diyanet in all society segments, particularly among women and the youth.

Diyanet had already been granted the authority to hold conferences and panels in schools by the government. Yet, the directive states that religious staff should also periodically visit schools to create opportunities to communicate with youth through systematic and regular Islamic programs.

PARTNERSHIP OF NATIONAL EDUCATION WITH THE CREDIT AND DORMITORIES INSTITUTION

In addition to this, the powers of Islamic preachers and imams appointed as "youth coordinators" to provinces and districts in June 2017 by the Diyanet will also be further expanded.

These religious representatives assigned by the Diyanet will be responsible for coordinating activities carried out by "spiritual guides" in students' dormitories. They will work in cooperation with the government-led General Directorate of Credit and Dormitories Institution (KYK), Provincial Directorates of National Education, and Provincial Sports Directorates.

The Diyanet will also open youth study centres in neighbourhoods where there is a large number of schools.

Diyanet has given tasks for youth coordinators advised being role models to the youth, including "to assign school representatives from universities, faculties and schools among young volunteers of the Diyanet," "to spend quality time with young people in socio-cultural events," "to be in contact with families and school administrators of young people, providing them to participate in the process actively."

The AKP had previously issued a regulation for the Diyanet allowing the religious office to become further active in social life and to interfere in many social groups like Syrian refugees, drug addicts, seasonal workers, imprisoned citizens, child-care centres, natural disaster victims, and cases of terror.