Reclaimed lands in İstanbul reach size of a district 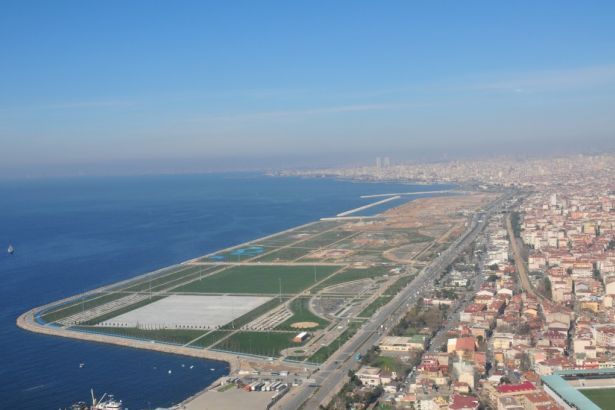 Reclaimed lands, areas that create new land out of the sea, riverbeds, or lake beds in Turkey's İstanbul for the last 17 years reached a size larger than Heybeliada, one of the Prince Islands that possesses an area of 2.34 square kilometers, according to a report.

The size of reclaimed lands in İstanbul has expanded much more in the last 15 years than in any period prior. These lands in the coasts of the districts of Maltepe and Yenikapı have even changed the map of İstanbul, Hürriyet daily reported.

The Chamber of Urban Planners points out that municipalities try to build green areas and public spaces on these reclaimed lands instead of protecting already existent spaces within the city.

Reclaimed lands are some of the areas highest at risk in the event of earthquakes. During the 1999 earthquake in İstanbul, the most widespread destruction occurred in buildings located on the coastline of these areas.

An earthquake with a magnitude stronger than 7 is expected to rattle Turkey’s Marmara region in the near future, Boğaziçi University’s Kandilli Observatory head Haluk Özener had stated on Aug. 17.

According to the Minister of Environment and Urban Planning Mehmet Özhaseki, there are 600 thousand units at risk in İstanbul, a staggering figure considering that experts speak of a possible earthquake within the next 15 years.

He said many municipalities across Turkey had been carrying out wrong works in urban renewal projects.

Minister of Environment: Earthquake will feel like a lullaby