The reactionary struggle for "freedom": The rising anti-vaccination in Turkey

Anti-vaccination is not a matter of individual freedom 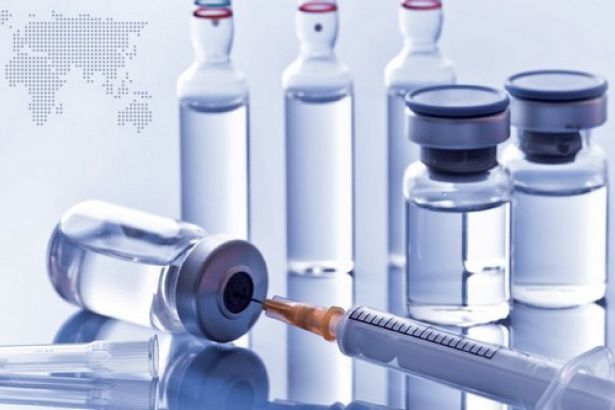 The Constitutional Court of Turkey took another important decision about vaccination on 26th September 2016. This time, upon the litigation of an anti-vaxxer family in Mersin, the court decided that vaccines other than poliomyelitis is not obligatory.

Poliomyelitis vaccine is excluded since it is obligatory in Public Health Law no 1593. The court had the same decision in December 2015 upon the litigation of a family from Sivas. Although the court based its decision on the nonexistence of a related law, it also asserted that obligatory vaccination is a violation of the 17th article of the constitution and an example of violation of rights.

It seems that anti-vaxxers are trying to strengthen the bases of their position through legal processes. The Constitutional Court of Turkey, on the other hand, supports that through its decisions and legislative intentions.

INCONSISTENT CONDUCT OF THE MINISTRY OF HEALTH

Following the decision of the Constitutional Court in 2015, the Ministry of Health announced in April 2016 that there will be some legislative regulations that obligates vaccination . The Ministry asserted that vaccination is the basis of protective health services and it should be obligatory to vaccine all children. And yet, no concrete steps have been taken since then.

VACCINATION PROTECTS NOT ONLY THE VACCINATED BUT ALSO THE UNVACCINATED

The decision of the families not to vaccinate their children does not only concern themselves. There is a concept called herd immunity. When we vaccinate our children, we not only protect them but also protect other children unvaccinated for some reasons by keeping the ratio of vaccinated children above the critical level of 90%.

This means that not vaccinating children causes a decrease in the ratio of herd immunity and thus possible outbreaks.

That's why arguing that anti-vaccination is an individual right and a matter of struggle is completely illogical.

Anti-vaxxers try to explain their position through different justifications. They prate that vaccines have side effects and have no protective effect on the related diseases. These arguments are reactionary speculations.

The most outstanding argument about the side effects of vaccines was that MMR vaccine (measles, mumps and rubella)causes autism in children. This discussion started when Dr Wakefield published an article in Lancet in 1998 about the autism and MMR vaccine relation. However, the article was scientifically flawed. To test the hypothesis of the article, several long-term researches were conducted and it was proved that there was no significant relation between autism and MMR vaccine.

And yet it proved uneasy to eradicate this falsity. Reactionaries keep raising the issue to justify their anti-vaccination arguments.

It is undeniable that vaccines are the most powerful weapon of the humanity against diseases.

For example, while infant mortality in the US was 562 babies in 2000 when 76% of them had been vaccinated, it fell to 122 in 2012 when 84% of them had been vaccinated. In different communities in the US where children were not vaccinated because of religious reasons, there had been several outbreaks. The number of pertussis cases in the US was 150 thousand in 1960, which fell to 5 thousands in 1970s and 2900 in 1980s by means of  widespread vaccination. A new study indicates that the pertussis epidemic in the US in 2010 resulted from lack of immunization.

This also the case in Turkey. The number of poliomyelitis cases in Turkey was 90 in 1985, which fell to 20 in 1989 after the eradication program. The diseases was totally eradicated in 1998.

The same is true for measles. The number of cases was fluctuating between 25-30 thousands between 1998-2001. In 2003, when measles vaccination program started, the number of the cases fell to 9 thousands and to 10 cases in a year as of 2005.

CUBA: THE PIONEER OF VACCINATION

The prominent example of the success of vaccination is Cuba. Cuba produces its own vaccines and exchanges them with other countries. The basic strategy of Cuba about the eradication of contagious diseases is widespread vaccination. The rate of vaccination is 100% in Cuba.

In Cuba, poliomyelitis was eradicated in 1963, diphtheria in 1971, tuberculosis meningitis and new born trismus at the beginning of 1970s, measles and parotitis in 1996.

All the arguments of anti-vaxxers are totally insubstantial and their reactionary struggle works as a tool for anti-modernism.