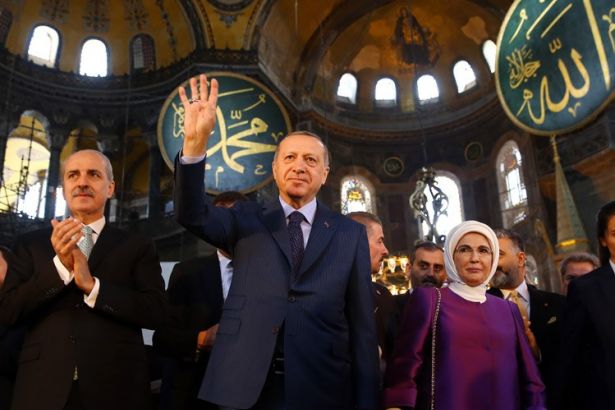 Turkey's President Recep Tayyip Erdoğan on Saturday brings up the Gezi protest and the dispute on the future of the Atatürk Culture Centre (AKM), named after the founder of modern Turkey, Mustafa Kemal Atatürk.

"Now we are transforming Atatürk Cultural Centre into one of the world's best opera venues. Those Gezi protestors also yelled against this. You can yell as much as you want. Eat your hearts out! Rant and rave, (but) we demolished it."

Demolishing works at the AKM began on Feb. 13, after a previous plan to develop the site near İstanbul's Taksim Square in 2013 erupted into mass protests against Turkey’s Islamist AKP government and its authoritarian rule. President Erdoğan and his AKP party have come up with various projects for reconstructing Taksim Square. The essential function of the square historically has been as a "terrain of political practice", where public political encounters, democratic negotiations, and political dissent have taken place. 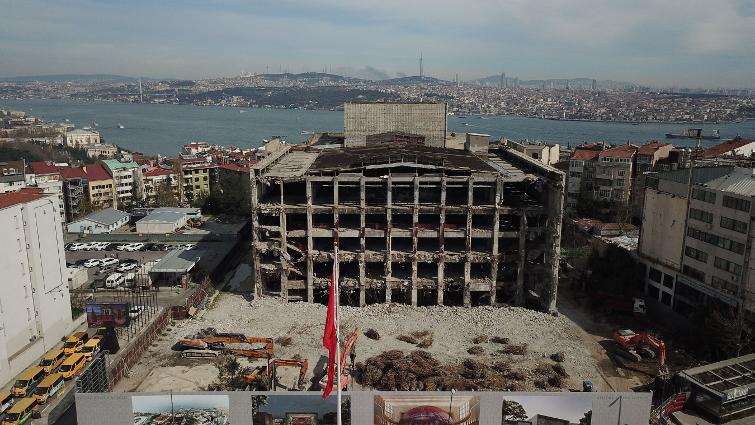 Demolishing works at the AKM began on Feb. 13.

Erdoğan, who served as mayor of İstanbul in the 1990s, has long argued for the need to replace the AKM. One of the most important examples of the Republican period architecture, the 70-year AKM, which faces Taksim square, was closed down in 2008 by Erdoğan's AKP government. The greatest component of the Taksim Square redevelopment project involves demolishing Gezi Park so that the Taksim Artillery Barracks and its courtyard can be reconstructed in its former spot. As a historical symbol of 31st March Incident, an uprising in favour of Sharia in 1909 during the Ottoman era, Taksim Artillery Barracks were demolished in 1940.

AKM, the first contemporary opera building, was Europe's largest and world's second largest opera house in the period when it was built. It is a cultural structure that is integrated with Taksim and İstanbul, having a very important place in social memory and deserving to be described as "the symbol of the Republic".

The AKP government imposes a "crooked and primitive" history understanding on Turkey and society with the idea of revenging on the Republic through the symbols, cultural heritage and venues as a source of social development of the Republic.

In November 2017, Erdoğan said the new AKM building would be a symbol for İstanbul. He compared opposers of his project to demolish and replace the AKM to "those who are trying to prevent Turkey’s fight against terror organizations," claiming they are "the same."