PYD spokesperson Saleh Muslim: “We continue to work with USA” 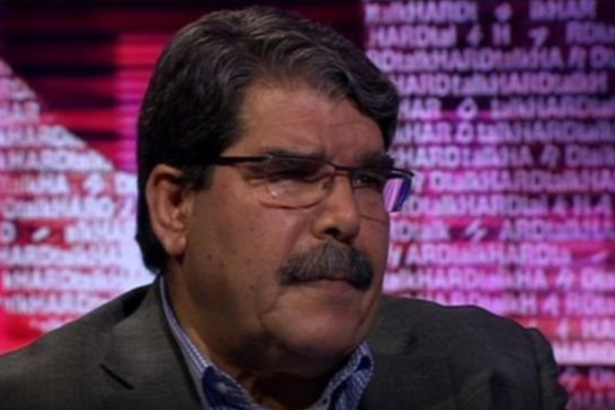 Speaking to BBC Turkish, PYD spokesman Saleh Muslim said that cooperation with the US continues in areas outside the borderline.

"There are still US forces in Syria. The war against ISIS cells is ongoing," he said. "They are working with SDF in Deyrezzor and Raqqa. But they have withdrawn their forces at the border. There is no such thing as withdrawing of American soldiers from other places."

According to BBC Turkish, local sources also indicated that the US soldiers continue to operate in northern Syria, with the exception of certain points on the border.

Saleh Muslim said in his statement he did not prefer to evaluate the US decision as "betrayal, frustration, stab from behind".

He said “the international coalition” had promised to do three things to withdraw from Syria, but the promise was not kept. "First, ISIS would end; second, stability would be assured; and third, there would be a political solution. None of these was provided. They did not keep their promise, they withdrew," he added.

“WE WILL RESIST WITH ALL OUR STRENGTH”

Muslim also added that the allegations over talks between SDF and Turkey were correct. "The border security mechanism is the agreement between Tel Abyad and Rasullayn. It has been in effect for several weeks and we have done whatever it takes. We have fully agreed," he said.

Muslim said that they have not yet made a call to Damascus, but that they can.

"We will resist with all our strength," he responded about what they plan to do in case of Turkey's operations.

“THE CLOSE RELATIONSHIP WAS NOT A MISTAKE, IT WAS A PARTNERSHIP”

Answering the question "Do you think you made a mistake by having such a close relationship with the US?", Muslim said “We do not consider it as a mistake. Because this is a partnership. They wanted to destroy us; their interests became parallel with our interests. If you leave it undone, it is your business. But over the years there has been a trust relationship. We will continue on our own path".