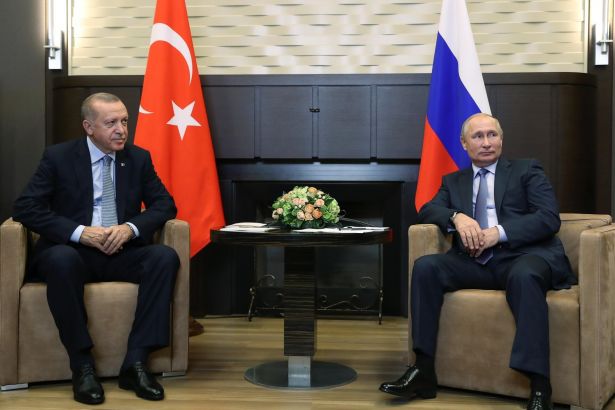 Russia and Turkey in January will talk over the Turkish government’s recent plans to send military support to the UN-recognized Government of National Accord (GNA) against the Moscow-backed Libyan National Army (LNA)’s advance under the command of General Khalifa Haftar in Tripoli, the capital of Libya, the Kremlin said on Tuesday.

"Russia supports any efforts and individual countries in terms of finding solutions to the Libyan crisis," the Kremlin spokesman Dmitry Peskov said regarding the issue.

Turkish Foreign Minister Mevlüt Çavuşoğlu had also said earlier on Saturday that although there are certain disputes between Turkey and Russia on the current situation in Libya, Ankara hopes to forge closer ties with Moscow about the issue.

"Not only Turkey but all international community is against the involvement of military forces from Russian private security companies in Libya. Yet, given the latest meeting between our leaders [Putin and Erdoğan], we have the opportunity to form a consensus on the Libyan crisis," Turkish Foreign Minister added.

Since the division of Libya between two different governments, Ankara and Moscow have been supporting the two conflicting parties, UN-backed GNA led by Fayez Mustafa al-Sarraj and Russian-backed LNA under the leadership of General Khalifa Haftar.

Turkish government and the GNA signed two separate agreements on November 27 after a meeting between the Turkish President Recep Tayyip Erdoğan and the Tripoli-based GNA leader Fayez al-Sarraj in Istanbul, covering certain security and military issues, and "the Delimitation of Maritime Jurisdictions", which is strongly related to Turkey’s intensified drilling operations in the Eastern Mediterranean in recent months, leading escalating tensions with the U.S., EU, Greece and Middle East countries.

Meanwhile, Turkey sent military advisors and Special Forces as well as military equipment to the GNA in Tripoli, according to the reports of Al Arabiya, a Saudi news channel broadcast, and the Al-Hadath, an Arabic daily newspaper in Jordan.

In parallel to these reports, LNA had confirmed last Friday that they shot down a Turkish drone that entered the no-fly zone in Ain Zara town, located in the south of Tripoli.

As the deal between Turkey and the GNA, which went into effect on Dec. 8, was strongly condemned by several countries, including Greece and Cyprus, Turkish President Recep Tayyip Erdoğan declared on Tuesday following his meeting with al-Sarraj in Istanbul that Turkey is prepared to send troops into Libya if requested. It is known that the agreement includes provisions for Turkish support for the establishment of a so-called ‘‘quick reaction force’’ for police and military in Libya, as well as enhanced cooperation in the defense industry and intelligence.

Waging a war against Turkey-backed GNA, the LNA General Khalifa Haftar, overtly supported by UAE, Egypt and reportedly Russia, had said on Thursday that his forces continue advancing towards the heart of Tripoli and the Libyan army would be "inevitably victorious" in the battle.