The prosecutor who decided to release the AKP member attacking Turkey’s main opposition leader is the former local chair of child-abusing Ensar foundation in Ankara, it is reported 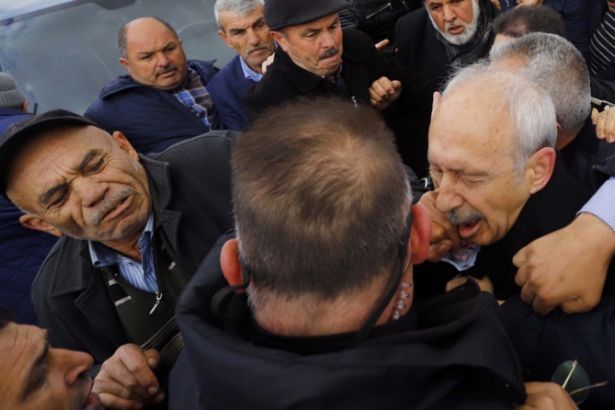 Turkish prosecutor Ercan Poyraz, who instructed to release Osman Sarıgün, the attacker who punched the main opposition leader Kemal Kılıçdaroğlu in a lynch attempt in Ankara’s Çubuk district, is revealed to have been the former provincial chair of Ensar foundation, a pro-government entity that is known for its systematic child abuse scandal.

Kılıçdaroğlu, the leader of the Republican People’s Party (CHP), faced a physical attack and a lynch attempt on April 21 during the funeral of a Turkish soldier in Ankara’s Çubuk district.

As six attackers, including Osman Sarıgün who threw a punch in the head of CHP leader, were taken into custody following the lynch attempt, Ömer Çelik, the spokesperson of the ruling Justice and Development Party (AKP), announced that Sarıgün was a member of their party.

Many local administrators of the AKP government have shared videos on social media, presenting the attacker, Sarıgün, as “Turkey’s hero” for his punches against the opposition leader.

What is behind the punch thrown at Kılıçdaroğlu?

According to Cumhuriyet daily, prosecutor Ercan Poyraz in Çubuk district issued a warrant of arrest for Sarıgün a day after the lynch attempt. However, the prosecutor instructed the security forces to take the testimony of Sarıgün for “being a member of a terrorist organization” and then release him.

It is recently reported that Poyraz was an attorney and the chair of Ensar foundation in Ankara in 2017 when he had become a prosecutor in Çubuk district of the Turkish capital Ankara.

The pro-government Ensar foundation, which was established to "provide children Islamic education, scholarships and accommodation" across the country, is known for a systematic child abuse scandal, as dozens of children had been raped by a teacher between 2012 and 2015 in the Turkish south-central city of Karaman.

The government had imposed a broadcast ban on the news about this incident, while the Ensar Foundation continues to call for jihad with the goal of establishing of an Islamic state in textbooks that it hands out to children in religious imam hatip high schools in Turkey.

The-then Minister of Family and Social Policies, Sema Ramazanoğlu, had been heavily criticized for advocating the foundation and calling the child abuse scandal a “one-time incident”.

Despite strong reactions from the public opinion regarding the rising child abuse in Turkey, the AKP government still backs and further promotes and funds Islamic education and such infamous institutions as Ensar foundation across the country.

The National Education Ministry of Turkey and Ensar Foundation signed two years ago a 5-year protocol regarding the organization of seminars, educational and social activities by the Ensar Foundation.

Disastrous picture regarding child abuse in Turkey under the AKP government