Pervin Buldan, the new co-chair of the HDP did not reject the chairperson of fascist İyi (Good) Party Meral Akşener’s claims regarding a possible alliance between HDP and the ruling AKP 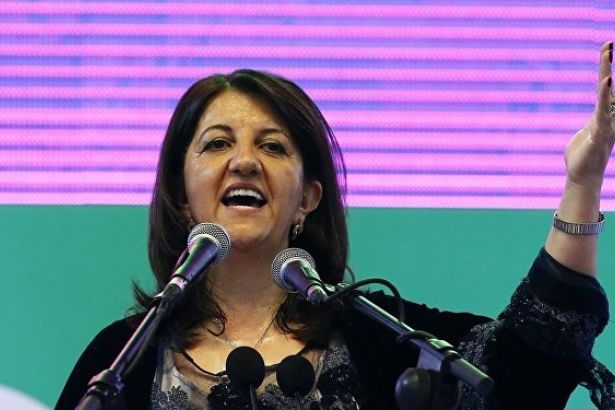 Pervin Buldan, the newly elected co-chair of the pro-Kurdish Peoples' Democratic Party (HDP), on Tuesday left the door open to a possible alliance between HDP and the Turkish President Recep Tayyip Erdoğan's ruling Justice and Development Party (AKP), claim first made by the fascist Meral Akşener.

"I cannot say anything about what will be in the future. The upcoming process will primarily focus on the removal of blocked political channels," Pervin Buldan told Radio Sputnik. Stating that the newly elected co-chairs will follow the policies of  HDP's former co-chairs Selahattin Demirtaş and Figen Yüksekdağ, Buldan said that HDP will continue to implement the same political and ideological line embraced in the past.

In an interview with Reuters news agency, Buldan said she wants to revive a so-called 'solution process' that collapsed three years ago, what she calls "a turning point for Turkey".

"During three years of negotiations, the country lived in peace and hope. The achievements of the peace process had given Turkey hope, and we need to show that promise again. Our sole aim will be to stop the deaths," she said.

Buldan was a key figure in the 'solution process' between Turkish President Recep Tayyip Erdoğan's AKP government, the armed Kurdistan Workers’ Party (PKK) and HDP in 2009 and 2015 as a part of the delegation that carried out meetings with PKK leader Abdullah Öcalan, serving a life sentence in the İmralı island prison.

HDP elected two new leaders on February 11, one of whom replaced jailed co-chair Selahattin Demirtaş. Demirtaş has been behind bars pending trial since November 2016 for alleged terror charges, accused of links to Kurdish PKK militants.

MP Pervin Buldan and former MP Sezai Temelli are to take the helm from Demirtaş and incumbent Serpil Kemalbey as co-leaders.