The construction work of the new opera house to be built in place of the historic Atatürk Cultural Center in Turkey’s İstanbul was given to Fettah Tamince, a magnate and owner of a luxury hotel chain, known for his close relations with the AKP government and Fethullah Gülen sect 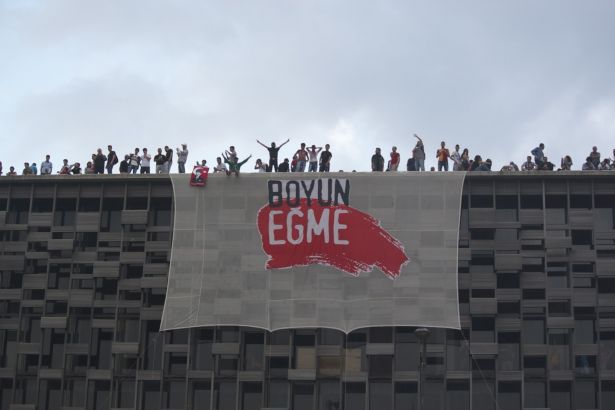 The construction work of the new opera house to be built in the place of the historic Atatürk Cultural Center (AKM) in well-known Taksim Square in Turkey’s İstanbul, whose demolition work had started in February 2017 and ended in one year, was given to the company of a man, Fettah Tamince, who is a self-proclaimed supporter of religious sect leader Fethullah Gülen and who claimed to have dreamed about Turkish President Erdoğan. The new building is estimated to have a cost of 1 billion Turkish Lira (approximately $190 million).

Toker said: “It was possible for the AKM to survive without demolition. It speaks volumes that, while it would be possible to restore the old building for 150 million lira ($28 million) even if we add the inflation differential, 1 billion lira is chanced in today’s conditions of economic crisis.”

"RANT AND RAVE, BUT WE DEMOLISHED IT"

Demolishing works at the AKM began after a previous plan to develop the site near İstanbul's Taksim Square in 2013 erupted into mass protests against Turkey’s Islamist AKP government and its authoritarian rule. President Erdoğan and his AKP party have come up with various projects for reconstructing Taksim Square. The essential function of the square historically has been as a "terrain of political practice", where public political encounters, democratic negotiations, and political dissent have taken place.

Underlining that the AKM, as a symbolic value, is one of the most important works of modern architecture and a significant cultural asset of the Republic, the Union of Chamber of Turkish Architects and Engineers (TMMOB) stated that "The attempts to demolish the AKM have been transformed into a demonstration in line with a political understanding that lacks a care for the conservation of cultural heritage and architectural design culture."

"The AKM is one of the monumental symbols of modern Turkish architecture and of the Republic. The demolishment of AKM symbolizes the systematic attacks on the Republican era’s symbolic buildings," the chamber claimed.

Construction for the original AKM building, named after Mustafa Kemal Atatürk, began on May 29, 1946. It was finished 23 years later, opening its doors on April 12, 1969, under the name of Istanbul Cultural Palace.

"Now we are transforming Atatürk Cultural Centre into one of the world's best opera venues. Those Gezi protestors also yelled against this. You can yell as much as you want. Eat your hearts out! Rant and rave, (but) we demolished it," Erdoğan said last year in April.

TAMİNCE "DREAMS ABOUT ERDOĞAN 3 OR 4 TIMES A WEEK"

The winner of the tender, Fettah Tamince, on the other hand, is known for his close relations both with Turkey’s ruling AKP government and Fethullah Gülen sect, as well as his ownership of the chain of Rixos luxury hotels.

His relations with the government have paid Tamince very well. He was allowed to build another Rixos hotel on the 45-decare patch of an area in Turkey’s Antalya city granted 20 years ago to Kazakhstan so that they would build a guesthouse. He also attempted to build a hotel in the ancient city of Phaselis in Antalya in 2014. While the Cultural and Natural Heritage Preservation Board had approved the project and the ministry had said that there was no need for an environmental impact assessment report, it was only when several courts assessed the project upon objections by professional chambers and adopted a motion for stay of execution that the project was stopped.

Tamince revealed the reasons behind his “rapid rise” as a businessman by stating in an interview that he would often go to the US to visit Fethullah Gülen who had been a “value” and an “idol” for him since his childhood. Also saying that he is one of the founders of an association led by Gülen, the Tolerance Education Foundation, Tamince also underlined in the same interview that he was Erdoğan’s man, whom he dreamed about 3 or 4 times a week since the day they had met.