Turkey’s workers' solidarity network ‘‘We Breathe Down the Bosses’ Neck’’ (PE) announced that it takes sides with the workers who are tried to be oppressed and exploited by the country’s one of the profit-seeking universities, Istanbul Kultur University and its management, under cover of the COVID-19 pandemic. 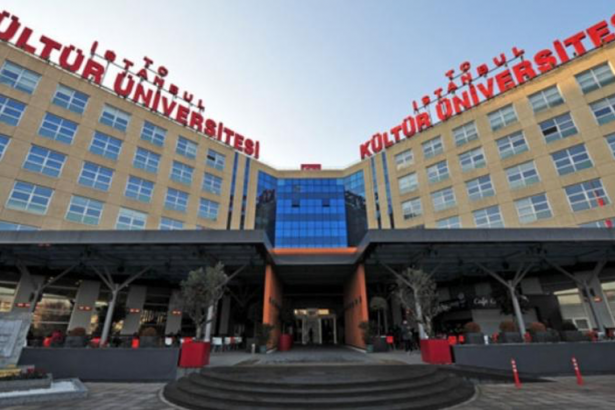 Profit-seeking administrations of the foundation universities in Turkey continue to exploit academic staff, administrative staff, and general duties workers by forcing them to take unpaid leave or resign after the Turkish government decided to extend the scope of unpaid leave for two months on Sep. 4.

Announcing that it stands with the university workers exposed to anti-labour practices of the university bosses amidst the COVID-19 pandemic, ‘‘We Breathe Down the Bosses’ Neck’’ (PE), a labour solidarity network initiated by the Communist Party of Turkey (TKP), has issued a statement regarding the capitalist exploitation of academic and administrative staff working at the Istanbul Kultur University,  the country’s one of the oldest private educational foundations established by the Kultur Educational Foundation (KEV) in 1997.

In its statement, PE calls on all university workers to contact the class solidarity network and act in unison.

‘‘On the one hand, there are research assistants, faculty members, lecturers, administrative staff trying to overcome the arduous path of academic life, and general duties workers who clean and maintain campuses, cook food and provide transportation services for students…On the other hand, there are mothers and fathers, who want to send their children to a foundation university to provide a good future for them, by using all their savings in the hope of protecting their children from unemployment, even by going into debt and working after retirement…And their children considered as ‘customers’ by the university bosses with capitalistic mentality…The two groups are actually on the same side,’’ PE said in its statement.

Underlining that the bosses of foundation and private universities, who are continuously flattered by the mainstream media due to their so-called ‘‘philanthropy’’, are positioned exactly the opposite side of students, PE noted that profit-seeking university bosses have forced hundreds of academic/administrative staff and general duties workers to resign or cut their wages since the beginning of the COVID-19 pandemic while demanding full tuition fees from students in this process.

PE also said that the workers of the Istanbul Kultur University are not alone, expressing solidarity with academics, administrative staff and general duties workers exploited by the capitalist-minded university administration.

‘‘We know that the ‘empire of fear’ built by the capitalist class will actually fall with the workers’ joint struggle. Therefore, we call on all university workers to contact our solidarity network and act in unison against all kinds of rights violations,’’ PE concluded its statement.

Research assistants working at Okan University, one of the foundation universities in Turkey founded by a Turkish company named Okan Holding, reported that they have been forced to take unpaid leave with a petition by the university administration.

Moreover, the research assistants, whose salaries were cut amidst the pandemic period, claimed that the administration of Okan University forced them to work part-time and imposed mobbing on those who rejected to sign the petition.

Under the new law enacted by the Turkish government during the COVID-19 pandemic, Okan University bosses have obliged research assistants to sign a petition stating that ‘‘they will take 16 days of unpaid leave every month until May 31, 2021,’’ Birgün Daily reported on Tuesday.