"The FSA was established to defend its homeland," Turkish President Erdoğan said. However, the FSA's war crimes and massacres show that the jihadist organization is no different than the Islamic State 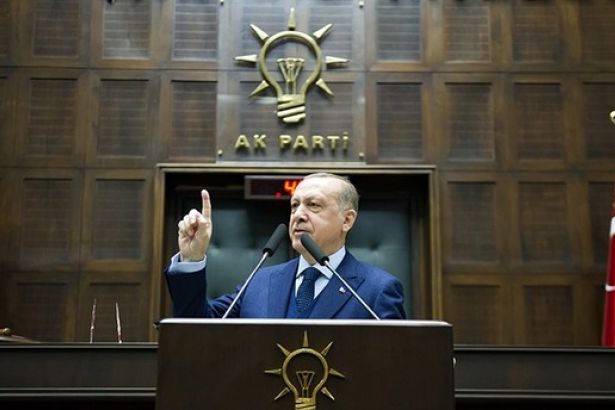 The Free Syrian Army (FSA) is not a terrorist group, but a national organization that is defending its homeland, Turkish President Recep Tayyip Erdoğan said on Tuesday.

"The FSA is not a terrorist group, but a national organization that has people from different ethnicities who have the spirit to defend their homeland," Erdoğan said.

"The FSA was established to defend its homeland. They are like the Kuvayi Milliye [national forces] during our War of Independence," Erdoğan told AKP deputies.

Kuvayi Milliye refers to the irregular Turkish militia forces in the early period of the Turkish War of Independence. These irregular forces emerged after the occupation of the parts of Turkey by the Allied forces in accordance with the Armistice of Mudros. Later, Kuvayi Milliye was integrated to the regular army of the Grand National Assembly.

On January 20, the General Staff of the Turkish Armed Forces announced the launch of the Olive Branch operation in Syria's Afrin district. The operation has been conducted jointly with the Free Syrian Army terrorist group.

"A total of 16 fighters of FSA have been martyred and 100 others wounded during Operation Olive Branch," Erdoğan also said.

Although the CHP supports the operation it has questioned the composition of the FSA, drawing reactions from senior government officials including Erdoğan and Foreign Minister Mevlüt Çavuşoğlu.

"It seems they get enraged when it comes to the FSA. They argue they have discovered something no any intelligence organization could ever find: That the FSA is a terrorist organization. But hearing this from those who call the PYD [Syrian Kurdish Democratic Union Party] a [political] party does not astonish us," Erdoğan said.

The Western and Turkish media outlets portray the FSA as "freedom fighters" who aim at toppling down the "tyrant Syrian regime". However, the FSA's war crimes and massacres show that the jihadist organization is no different than the Islamic State (IS).