Turkey’s Recep Tayyip Erdoğan announced a “normalization” plan for COVID-19, gradually relaxing the measures against the outbreak. Automotive factories are to resume production after May 11 as well. 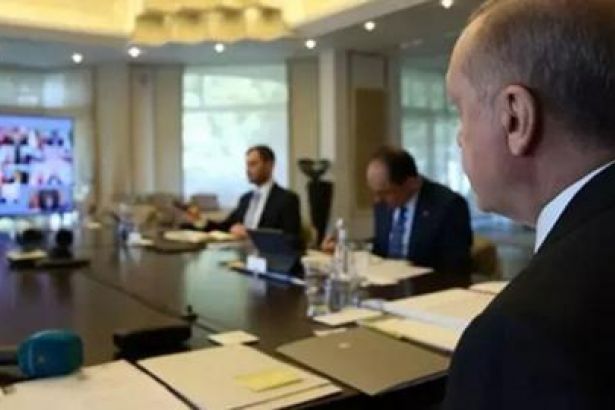 On May 4, President Recep Tayyip Erdoğan announced a “normalization” plan regarding the COVID-19 pandemic, flexing the measures against the coronavirus outbreak around the country.

Following a meeting with his presidential cabinet via teleconference, Erdoğan announced a calendar of “normalization” to ease the measures against the coronavirus outbreak around Turkey.

Erdoğan said that the intercity travel restriction in seven provinces would be lifted as of May 11 while the curfew imposed on the people over 65 and the youth below 20 would be relaxed.

The travel restrictions will be lifted in seven cities excluding the three biggest metropolitan cities: İstanbul, Ankara, and İzmir.

Erdoğan also declared that shopping malls, barbers, and some stores will be allowed to open as of May 11 as long as such places obey the “normalization” rules.

As Erdoğan said that the universities would return to their academic calendar as of June 15, he also announced the readjusted dates of the entrance examinations of universities, high schools, and military schools.

Erdoğan said that the government would allow the sale of masks with designated prices. The government had previously announced that they would distribute masks for free for all the citizens around the country  However, millions of people could not access to free masks despite the government’s promise.

Thousands of healthcare workers in Turkey have had to work without masks or protective equipment since the beginning of the coronavirus outbreak. Fliz Ünal, a family physician from the Turkish Medical Association previously told soL that the Health Ministry does not provide the family health centers with adequate protective equipment against the coronavirus pandemic.

AUTO SECTOR TO RESUME ON MAY 11

Following Erdoğan’s declarations, Mustafa Varank, the Minister of Technology and Industry, announced that the operations and production in all the automotive factories would be resumed as of May 11 around the country.

Millions of workers have had to continue to work since the beginning of the pandemic in Turkey while millions of them have been forced to unpaid leave to “stay home”. 5 million more people have become unemployed as a result of the COVID-19 outbreak, so the total number of the unemployed reached 12,5 millions. The broad unemployment rate is nearly 40 percent.