Established in April with the WHO call, the COVAX vaccine network was looking for a solution for an equal and effective vaccination worldwide. Pharmaceutical monopolies and the greed of imperialist countries make this impossible. 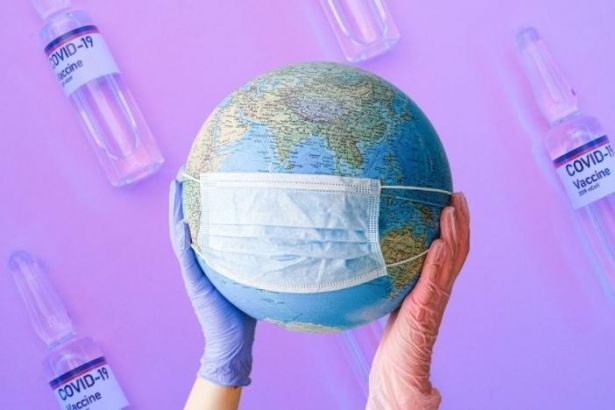 With the start of vaccine research against COVID-19 in the spring of 2020, concerns have also been raised about the equal distribution of vaccines to be developed all over the world. The vaccine network called COVAX was established in April 2020 under the call and leadership of the World Health Organization (WHO), which shared its warnings about the issue with the international public.

The aims of the initiative coordinated by the Gavi - Vaccine Alliance and the Coalition for the Epidemic Preparedness Innovations (CEPI), which is a public-private partnership, as well as WHO; Supporting research, development, and production activities of different vaccines, negotiating prices with companies, and delivering the vaccines to countries in need.

92 countries are candidates for free vaccines

COVAX has 190 countries in total. In addition to 98 participating countries, 92 countries included in the class of low and middle-income economies are defined as eligible countries for free vaccine supply. The initiative to join the US and Russia, and Turkey among the countries stating its intention to participate.

However, expressing intention is not binding for countries. COVAX aims to supply 2 billion doses of vaccine by the end of 2021 and to provide the countries taking part in the initiative with doses sufficient for at least 20% of their population. Equal access to these vaccines is aimed at all countries participating in the COVAX network.

In this way, it is stated that some African, Latin American and Asian countries that will not be able to reach the vaccine with other agreements due to their low-income level will be able to access the vaccine. However, thanks to this equal sharing, many developed capitalist countries, and imperialist countries have the opportunity to increase the doses they can supply in addition to the vaccine agreements they have made.

Over 10 percent of vaccination is float

It seems that an agreement has been made for approximately 1 million doses in total. With this amount, which corresponds to half of the targeted doses, it is understood that only 5% to 10% of the populations of countries with COVAX network, the only option for access to vaccines, can be vaccinated. Authorities also state that negotiations with Pfizer and Moderna are ongoing. According to the statement made by Pfizer; No deal has yet been made, but the company reported that it made a declaration of intent to supply the vaccine.

A letter was recently sent by WHO asking countries in the COVAX initiative asking for their BionTech / Pfizer vaccine requests, and it was stated that those who demand could receive it in February in low amounts. The vaccine must be approved in countries that request it first, and suitable conditions must be provided, especially for storage at -70 degrees.

There are 10 different vaccine candidates that COVAX supports its research and development activities. Among these, there are AstraZeneca / Oxford, CureVac, Moderna, and Novavax vaccines, whose Phase 3 studies are ongoing, as well as vaccine candidates whose clinical studies have not yet started.

It was announced by WHO that COVAX will begin the distribution of vaccines as of February, but no exact date has been reported. In the first quarter of 2021, a dose that will vaccinate 3% of the countries' population will be provided. A donation of 6 billion dollars is requested in 2021 for the supply of more doses and delivery of vaccines.

Under these conditions, it does not seem possible to deliver vaccines to 20% of the population in the countries until the end of 2021, as originally targeted. The biggest obstacle for the COVAX initiative to ensure an equal and widespread vaccination worldwide is the agreements between imperialist countries and drug monopolies.

Countries that reserve vaccines well above their needs have "closed" their production stock. What COVAX can do against this picture is to call on the countries in question to donate their excess doses, as in the statement of WHO General Director Ghebreyesus on January 8.