Following Turkey’s Supreme Election Council’s (YSK) decision to re-run the mayoral contest in İstanbul because some polling station staff had not been civil servants, some officials appointed by the council said that they had been forced for their assignment 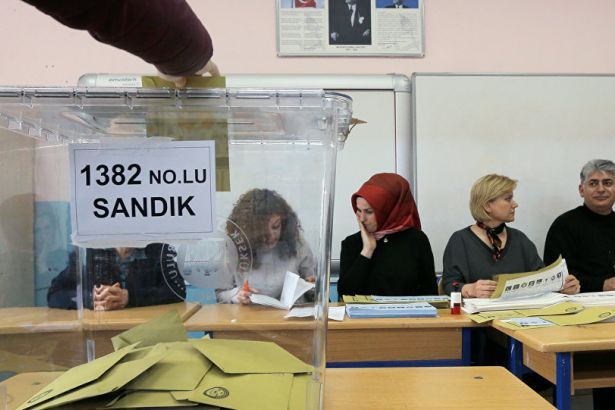 On May 6, the electoral council ordered the re-run of March 31 elections in İstanbul, announcing that the re-vote would take place on June 23. Ekrem İmamoğlu, the mayoral candidate of the main opposition Republican People’s Party (CHP) had won the electoral contest ahead of his rival, Binali Yıldırım, from President Recep Tayyip Erdoğan’s ruling Justice and Development Party (AKP).

Polling station officials talked to BBC Turkish. One of them working at a private bank said that YSK had sent their bank a list of 90 people to be assigned for the polls on March 31, adding that they would have faced criminal sanctions if they had not accepted the appointment. The bank official said that they had not experienced any problem during the voting, noting that some of their colleagues had been severally appointed for other elections prior to the election of March 31.

A teacher working at a private school in İstanbul’s Sarıyer district said that s/he had failed to annul the appointment for the polls. “I had never taken charge in previous elections, I had not wanted to be assigned on my purpose,” the teacher said, adding that they had been appointed for the recent polls on the grounds that there had been nobody else to be in charge.

The teacher told BBC Turkish that s/he had failed to annul the assignment despite calling the local electoral council. The official noted that the two mayoral candidates had taken very close results at their polling station where they had been appointed.

Having been appointed by the electoral council for the March 31 election, a volunteer from a non-governmental organization stated that s/he had also participated as a polling station official in the constitutional referendum in 2017 and the presidential election in 2018. The volunteer said that s/he had applied to the electoral council for participating in the recent local elections.

AKP appealed to YSK for an election re-run after initial results and several appeals had resulted in full or partial recounts in some districts of the city. İstanbul’s new mayor, Ekrem İmamoğlu, officially took office last month.

Since then, AKP has claimed that there were “irregularities and corruption” that required a re-run of the mayoral election. The electoral council also canceled the official mandate of İmamoğlu, and the government appointed a trustee for the seat of mayorship.