SoL news interviewed student-workers employed by event management firms as fake supporters, which are requested by state institutions and associations including political parties especially during the electoral campaigns 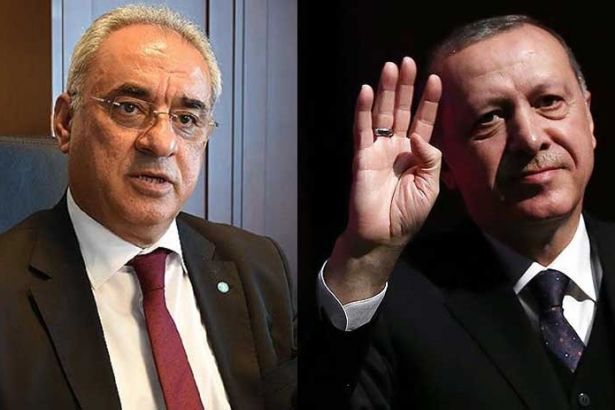 Various event management firms are paid by the state institutions and political parties, and they employ low-paid workers with no job security and insurance selected mostly among students, it is reported. The firms employ these precarious workers as ‘fake supporters’ for political rallies and campaigns where such workers pretend to be journalists or supporters.

The ‘fake support’ has been the common denominator of state institutions, ministries, foundations, and associations. According to the sources, the ruling AKP and the Democratic Left Party (DSP) are paying for fake support during the elections campaigns for the upcoming local elections on March 31st.

SoL news interviewed the students employed as ‘fake supporters’. Three students, E., G., and A. have been working as ‘fake supporters’ for different event management firms so that they could afford their university fees. The event management firms offer no insurance, no official records, and no official communication. The only communication channel they have is WhatsApp groups.

Considering the presence of a number of event management firms and dozens of WhatsApp groups with hundreds of names, it is reported that thousands of people are employed as ‘fake supporters’.

After having been categorized, the attendees are directed to join various groups of works. A Plus is generally directed to the events organized by ministries. The attendees receive messages such as ‘we are looking for fake support for the DSP rally, the event room where the minister attends is not full yet, fake journalists needed for the refugee event’.

We have met today for a very interesting story. What job are you doing exactly?

Are you working for a certain event management firm permanently?

E: No. There are actually a number of firms and they have pools of names. We are members of some of these pools.

How are the workers selected?

E: People are categorized. Women above the height of 1.70cm and handsome men. In this way, people are directed for the works depending on the nature of the event. For instance, you receive a WhatsApp text saying they are looking for 4 women above the height of 1.70cm. Then people apply for the job, and once the employment is confirmed, we can then learn the details of the job.

Wedding and politics, it could be everything then?

E: Yes, indeed. We actually even attended to a bachelor/bachelorette parties.

How does categorizing work?

E: They contact with the new attendees; they require portrait and full body pictures.

A: Generally, university students do this job so that they could pay their university fees. The attendees spread the word.

What kind of jobs did you do and where did you work so far?

E: Last year, the Organisation of Islamic Cooperation held a conference at the Ministry of Economy. We escorted the foreign guests at the airport upon their arrival, during the conference, and again at the airport before their departure.

G: I worked in Malazgirt [to attend the event organized by Bilal Erdoğan’s association]. I assisted the organization of the event.

A: We can also attend as fake supporters for events that cannot sustain the required number of attendees.

Can you give an example for fake support? What kind of job exactly it is?

E: Two months ago, there was a meeting to which a low number of journalists attended. We then attended the event as the representatives of various newspapers. We pretended to be the journalists representing each city in Turkey.

What did you do at the event?

E: The newspapers were the same, but the journalists changed so that nobody could understand they were fake.

Is there any other example like this that you could remember?

E: 150 fake supporters were required for the DSP [Democratic Left Party] rally. 50 attendees were required to attend a ministerial event because they could not provide a high number of attendees.

How much money such ‘fake supporters’ earn?

A: Two hours would pay 50 Turkish liras for the DSP rally as far as I can remember.

G: They also provided food at the DSP rally.

What was the ministerial event?

G: We learn how to dress for specific events by the way. We are required to dress up smart if it is a ministerial event. We could dress more casually if we are attending as fake journalists. We are dressed casually for political party campaigns.

How are you paid?

E: We give our IBAN numbers, and we receive the payment from one person.

So there is no insurance?

G: If it is a presidential event, we are required to have insurance. However, ministerial events do not require insurance.

Did you only receive a call for the DSP rally?

E: There are too many groups, we did not receive any other but I am pretty sure that other groups receive calls for other political parties. Our group called for 150 people but again other groups might have called for more fake supporters.

So you develop a facial recognition among the members of the group if same people attend the same events after a certain time?

E: Yes, absolutely. We recognize each other and we actually smile at each other, but we cannot have any dialogue. We cannot have a dialogue with real attendees either. We receive a text, for example, saying that we should go to a certain café for food so that we could get cheap food paid by the firm. We are supposed to give back any gifts given during the event.

What would you like to say about the work in general? What do you think of the work environment and conditions?

A: We are the ones who are the most exploited. We work for long hours and we are paid late.

G: I worked for 16 hours last time, I came home and had a little rest, and then worked for another 16 hours.

E: We are constantly standing up during the events, of course, it depends on the event but we are low paid.

A: We cannot have a rest. I stood up on my feet last time because I was not let to sit down.

I suspect there is no mechanism that you could complain to about work conditions?

A: We work as an employer of a firm but we are actually not employers of that firm. We cannot speak or complain to anybody.