Many were injured and detained by the intervention of the police forces in the protests against the removal of elected mayors from their offices in Turkey's Diyarbakır, Mardin, and Van 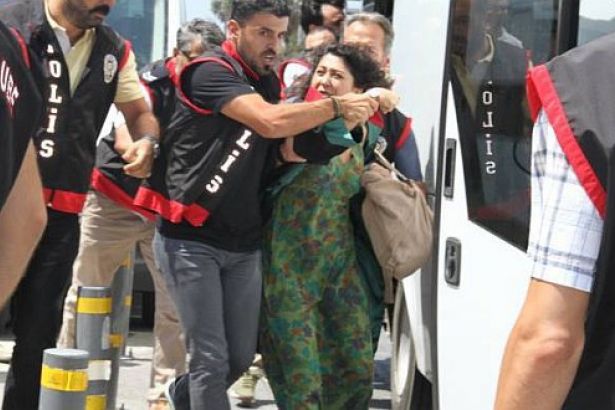 After the dismissal of the elected HDP mayors in Diyarbakır, Mardin, and Van by the AKP government, the unlawful steps of the government as well as the protests against the dismissals continue.

The police attacked the lawyers who wanted to make a statement on the appointment of trustees to three metropolitan cities at the Istanbul Çağlayan Courthouse. During the police intervention, deputies and several lawyers were beaten.

The police forces also intervened with pepper gas and plastic bullets in the protest that people supporting HDP wanted to organize in the evening in İstanbul's Kadıköy. Police attacked the group gathering in front of Süreyya Opera and detained many people.

26 lawyers and one journalist were battered and detained by the police in İzmir.

MPs were hospitalized after the police attack on the protests in Diyarbakır. The police intervened in the protest in front of the Mardin Metropolitan Municipality building with gas bombs and water cannons.

The main opposition CHP leader, Kemal Kılıçdaoğlu, made a statement as the protests continue, saying that although they criticize the dismissals, they would not support the public demonstrations.