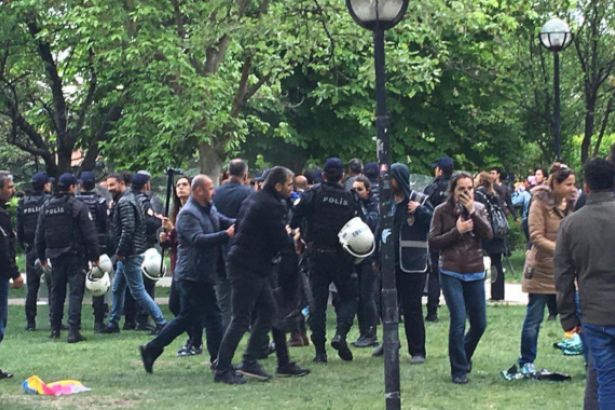 Police attacked the students gathering for the Pride Parade, which was banned by the President's Office of the Middle East Technical University (METU), one of the top universities in Turkey's capital Ankara. The ban on the pride parade was criticized by Ankara bar association, stating that the ban of the president's office is unlawful and arbitrary.

In the second attack, a large number of students along with an academic staff were taken into custody by the police forces.

Students were also attacked with tear gas and plastic bullets.

METU students are known with their progressive stance, raising their voice against the AKP government's repressive policies.