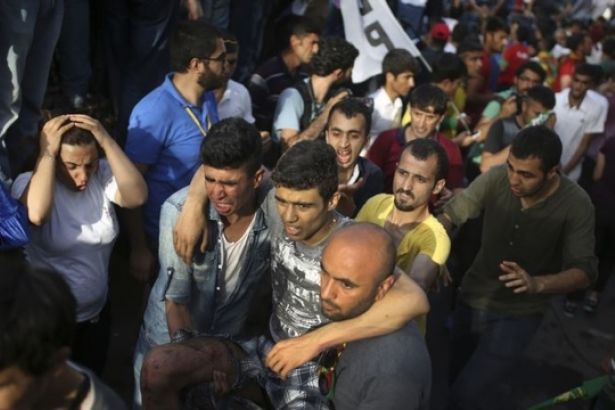 On June 5, 2015, pro-Kurdish HDP had a rally in Diyarbakır, a south-eastern Kurdish province in Turkey, before the parliamentary election. Explosions ripped through thousands of people gathered for the rally, killing 5 and injuring more than a hundred.

Burhan Gök, one of the perpetrators of the attack, was accused of aiding Islamic State militants' border crossing. Gök was released on trial with the verdict of 'no suspicion of escape', local media reported. Not even a judicial control decision was given about Gök.

When it had been later found that Gök was in contact with Orhan Gönder, the perpetrator of Diyarbakır attack, Gök was also included in the investigation of the attack.

El Bakraoui had been deported after he was captured with Gök. Later, El Bakraoui went to Brussels and organized the bomb attack in Brussels on 22 March 2016. El Bakraoui's brother Halid also organized the metro blast on the same day. Both attacks caused the death of 31 and injured at least 260.