soL news interviewed Gamze Yücesan, the secretariat member of Turkey's Solidarity Assembly, on the aims of the Assembly and the position of the Assembly towards the most recent developments in the country. 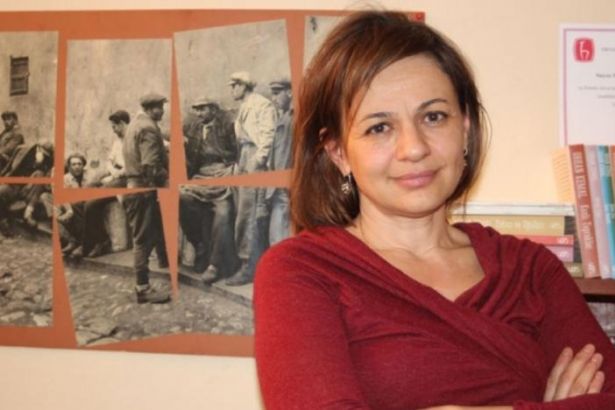 Turkey's Solidarity Assembly has launched its path to create solutions against mainstream politics and share it with the people.

The foundation of the Solidarity Assembly came after a congress resolution of the Communist Party of Turkey (TKP). Convened in August 2020, the 13th Congress of TKP called for the establishment of the Assembly in order to bring together the patriotic, pro-enlightenment, secular, and socialist accumulation of the country.

The establishment of the Assembly has excited many and soL news talked to Gamze Yücesan, a professor at Ankara University and the Secretariat member of the Solidarity Assembly.

The Solidarity Assembly was launched with the participation of many members of the intelligentsia, politicians, authors, lawyers, journalists, and scholars. Korkut Boratav, a prominent scholar, declared that he joined the Assembly. A socialist opposition has to be class-centered because of its nature. How will the Assembly establish its bond with the working classes?

Bülent Kuşoğlu, the Deputy Chairman of the Republican Peoples’ Party (CHP), has publicly reacted against the position of Macron, the President of France, regarding the Eastern Mediterranean. However, it is disputable whether this reaction contributed to the opposition against Macron or supported the Justice and Development Party (AKP)’s politics. Kuşoğlu stated that they do not distinguish between the Turkish nation and the Erdoğan rule. This is not the first time we see the support of the AKP in the name of national interest in foreign policy. What is the price of such an attitude for the peoples? How will the Solidarity Assembly tell about this antagonism between the people and Erdoğan rule?

The establishment of the Solidarity Assembly aims to reflect and strengthen the interests of the people. The people are under the threat of poverty and reactionism in every field of private and public life ranging from education to work. There is a growing mass of people who suffer from income and future inequalities, oppose reactionism, react against the loss of Anatolian enlightenment, have increasing anxieties about the youth's future and women's rights, and have increasing moral rage about all these issues. The Assembly considers this as an opportunity. The Assembly embraces politics that seeks real solutions for real problems and strengthen solidarity based on anti-imperialism, anti-capitalist, secular, and Republican.

What about the antagonism between the people and mainstream opposition? The origin of the Solidarity Assembly lies at the criticisms against this. You are saying that the parliamentarian opposition is far away from producing a real option.

The establishment of the Solidarity Assembly coincides with a very difficult, almost extraordinary period. The COVID-19 pandemic has had a deep impact on social life in Turkey like anywhere else in the world. We know that the will of the left-wing to struggle against difficulties is strong. How will the Assembly triumph over the difficulties?

We think the Solidarity Assembly has already started working to deal with the problems. What are the concrete items for the near future? Can you please tell us more about what are you doing these days?

The Solidarity Assembly has prepared its report on ‘Inequality in Education during the Pandemic’. We will follow the public agenda, we will share our common position and recommendations in press releases and reports. The problems Turkey and the people face are various. The Assembly has a variety of members who focus on diverse problems and produce recommendations. We aim to voice that the problems of the working classes have answers and the only solution is popular and in favor of the public.