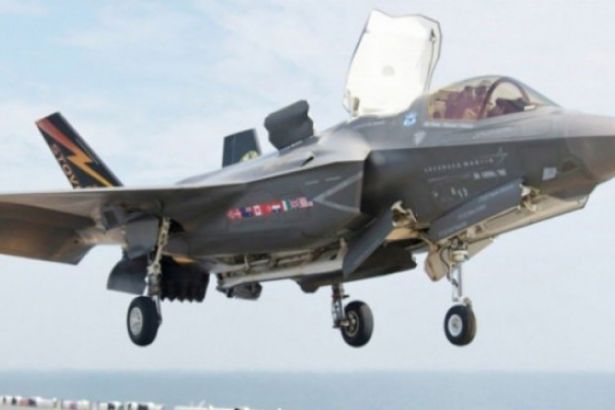 Reuters reported that the Pentagon has suspended deliveries and activities linked to Turkey’s F-35 fighter jet operational capability. Based on the statement of a spokesman from the Pentagon, the suspension decision is to be implemented unless Ankara gives up its commitment to take delivery of the S-400 Russian missile defense system.

The suspension decision reported by Reuters was confirmed by the Pentagon.

"Pending an unequivocal Turkish decision to forgo delivery of the S-400, deliveries and activities associated with the stand-up of Turkey's F-35 operational capability have been suspended while our dialogue on this important matter continues with Turkey," Lt. Col. Mike Andrews told CNN in a statement.

"We very much regret the current situation facing our F-35 partnership, but the DoD is taking prudent steps to protect the shared investments made in our critical technology," he added.

The announcement comes as the Turkish Foreign Minister, Mevlüt Çvuşoğlu, heads to Washington for a meeting marking the 70th anniversary of NATO.

In early March, the US Department of State announced that it would review the decision to sell F-35 fighter jets to Ankara in case Turkey does not abandon its plans to purchase Russian S-400 defense system.

US Department of State spokesperson Robert Palladino said, in a press briefing, "We've clearly warned Turkey that its potential acquisition of the S-400 will result in a reassessment of Turkey's participation in the F-35 program and risk other potential future arms transfers to Turkey, as well as lead to potential sanctions under the Countering America's Adversaries Through Sanctions Act."

The statements that came from the Turkish government and President Erdoğan were signing that Turkey was not to step back from purchasing Russian missile system and thought the US had to continue implementing the F-35 agreement with Turkey.