Peace Committee of Turkey: "No war with Syria"

The Peace Committee of Turkey made a statement regarding Turkey's ruling AKP's military build-up in Idlib and the conflict in the region, saying "No war with Syria!" 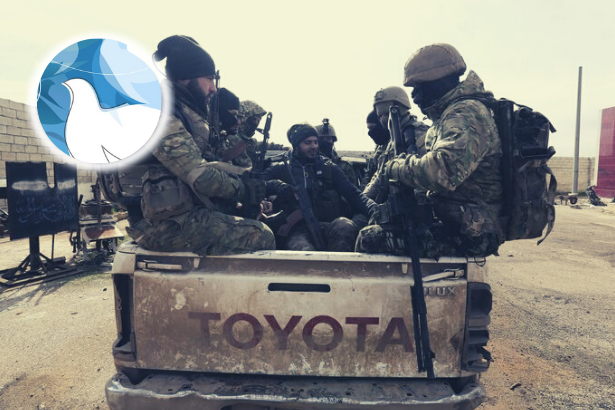 The Peace Committee of Turkey issued a statement regarding the ongoing conflicts in Idlib and tensions increased by the Turkish government's aggressive moves and statements.

The developments in Syria within the last few days have rapidly driven our country to the brink of war. And inevitably, our soldiers have begun to lose their lives.

As the jihadist gangs, which have been located in the Syrian province of Idlib, have increased their activities, the Syrian army advanced in this province. As a result of this advance, the AKP government in Turkey felt the need to be more active in the region. With the Astana and Sochi agreements, the Turkish government had vowed to bring an end to the control of Idlib by the jihadist gangs. However, this did not happen and this very fact paved the way for the current situation. Moreover, the government went further than just continuing to support these gangs and sent more soldiers and military supplies to the province. In the end, the Turkish and Syrian armies began to fight each other.

The government's discourse to legitimize this act of war is not valid. It advocates that it is "fighting terrorism." On the contrary, it is openly supporting jihadist terror organizations. With the military interventions, Syria's territorial integrity is being disrespected and our country is being pushed into the position of occupying a neighbor's territory.

The president of the fascist party that is supporting the government is going even further and declaring that all of Syria should be occupied.

On the other hand, the US imperialism is watching the developments with joy. In the background, with this attempt, the Turkish government is trying to strengthen its hand against the USA and showing the will to have a stronger role as the war continues in Syria. Certain Turkish officials are demanding the support of NATO; as its general secretary, Stoltenberg declares support for Turkey's position.

The Turkish government should immediately end this illegitimate war and occupation. The interventions, which are causing the loss of lives of also the Turkish soldiers should be stopped and our troops should come back home.

The Turkish foreign policy of ever-increasing aggressiveness should be abandoned. In order to decrease the growing tensions in the Middle East and Eastern Mediterranean, a peaceful foreign policy should be adopted.

War serves only to imperialism and its collaborator capitalist class. It only brings destruction to the working classes. What we need is peace.

Secretariat of the Peace Committee of Turkey
Istanbul, 12.02.2020

Okuyan: They think war is a TV series