Pandemic is out of control after earthquake in İzmir

“After the earthquake, the number of cases has doubled. The coronavirus outbreak in Izmir is out of control.” 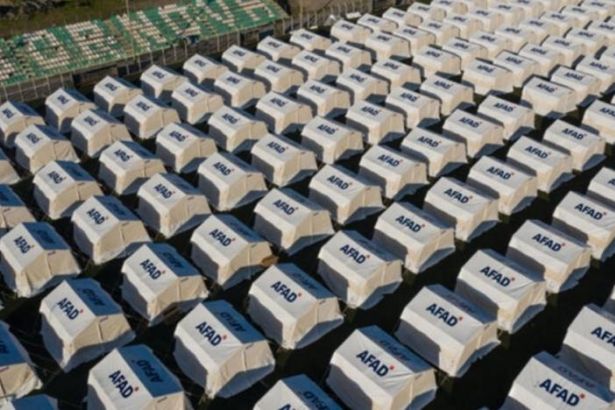 While the intensive care units of university and state hospitals, including the pandemic hospitals in İzmir, are about to be filled, and the number of cases is much higher than what is said, Head of the Medical Chamber Dr. Lütfi Çamlı stated.

“Intensive care is about to be filled. Hospitals are completely transformed into pandemic hospitals. Intensive care, which was opened two days ago, is now full. Increases in cases can be prevented by filiation and early isolation. Daily test positivity rates in Izmir have reached the level of 30 percent according to our senses. Test positive can be detected in 3 thousand, 3 thousand 500 people. Ambulances have difficulty in carrying the cases, ” Çamlı said.

“We are at a point where the responsiveness of our health system is very challenging. It should be taken into account that if the epidemic continues as such, no health system will be sufficient and it will collapse. ”Çamlı underlined and listed the following demands:

"In general Turkey, in particular Izmir, all data should be shared in a transparent and detailed way with the public. Provincial Public Health Committee should become more effective, and the Chamber should be included in this committee. Necessary measures by epidemiologic studies to prevent the increase of cases should be taken as soon as possible. The first as a step, 'social mobility' should immediately be effective. All necessary measurements to reduce the spread of the virus, including the restriction of the work-life except the basic, necessary, and emergency service sectors. The establishment of economic and social support mechanisms that will protect the disadvantaged groups (workers / low-income, unemployed, poor, women, children, disabled people, over 65, asylum seekers, etc.) from negative economic and social effects should be executed and scrutinized. "