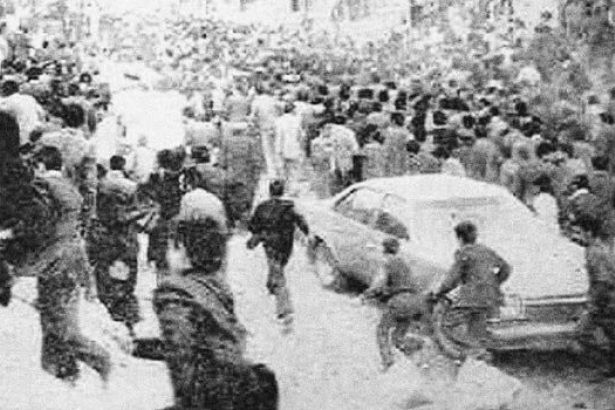 December 19, 2016, is the 38th anniversary of the Maraş massacre in 1978. During the massacre by the fascist and counterinsurgency forces, over a hundred Alevis and left-wing people were killed according to official data, nearly 800 houses and workplaces were destroyed and fired. Perpetrators of the incident were released in impunity, and became deputies in the parliament.

December 19, 2016, is the 38th anniversary of the Maraş massacre in 1978. During the massacre by the fascist and counterinsurgency forces, over a hundred Alevis and left-wing people were killed.

Likewise the later massacres in Çorum, Gazi and Sivas, the slaughter in the city of Kahramanmaraş was operated by the cooperation of capitalist political power and reactionary forces. This reactionary, pro-market and brutal mindset led by imperialism and capitalist dictatorship was in power during the Maraş massacre as well as today.

None who played role in the massacre in Maraş has been punished to date. The judgment regarding the convicts was reversed, mitigated, and the convicts were consequently released after 1991. Later, some of the convicts became deputies in the Turkish parliament. Ökkeş Kenger, top convict of the case, was acquitted and changed his surname as Şendiller, and elected as Kahramanmaraş deputy from the Islamist Welfare Party in 1991.

HOW THE MASSACRE WAS FRAMED?

During the Maraş massacre, 111 people according to official data, and nearly 500 according to some Alevi sources were killed and thousands were wounded as a result of the government-led conspiracies of fascist and reactionary forces.

Considering that martial law was declared in 11 cities following the massacre in Maraş only 2 years before the 12 September 1980 military coup, and that similar bloody scenarios were staged in Sivas and Çorum, the Maraş massacre seemed to be the greatest provocation paving the way for the military coup in 1980.

Framed by the Turkish National Intelligence Organization (MİT), the Nationalist Movement Party (MHP) and the General Staff, the scenario launched on November 19. A movie theatre in Maraş was bombed, where an anti-Soviet Turkish movie was displayed. Members of MHP, the ‘grey wolves’, claimed and spread rumour in the city that left-wing forces bombed the theatre. However, Ökkeş Kenger, a fascist figure in the city, was the primary perpetrator of the bombing, and fascists provoked the citizens at the theatre to attack some governmental buildings and the Republican People’s Party (CHP) buildings.

On December 20, a bomb attack was organized against a café in a densely Alevi populated neighbourhood in the city. On December 21, 2 leftist teachers were killed. Provoked by nationalist-fascist forces, some people attacked the funeral ceremony of the murdered teachers. Alevi neighbourhoods and leftist trade unions, associations and party buildings were attacked as well.

THE GOVERNMENT DID NOTHING

Organized massacre escalated upon the killing of Alevis with machine guns on December 24. Many women, children and older people were executed, dozens of women raped, and Alevis’ houses and workplaces were fired.

The then Interior Minister İrfan Özaydınlı claimed that the leftists stimulated the incidents, while the gendarme did not attempt to prevent the developments for the first 3 days in the city. The murders ceased in the fourth day when the government of Bülent Ecevit declared military law in the city. Almost all of the Alevi citizens had to migrate from the city after bloody days.

804 people were tried for the Maraş massacre until 1991. The file was closed in pursuance of the anti-terror law of 1991, thus the intriguers and perpetrators were left in impunity. Ökkeş Kenger, top convict of the case, was acquitted, and elected as deputy.

EVIDENCE SHOWS THE INVOLVEMENT OF THE STATE

According to a report dated January 3, 1979, from the then PM Bülent Ecevit’s private archive, the Maraş massacre was organized by the Turkish intelligence organization, showing the names of the 4 organization chiefs who organized the massacre. The report also indicates to the role of the Nationalist Movement Party and its leader Alpaslan Türkeş.

CIA agent Paul Henze is claimed to have held some meetings in Maraş only one week before the massacre. It is known that some guns used during the massacre were listed in the inventory of a NATO arsenal in the city of İskenderun.

On a documentary film by the Turkish state-run TV on the military coup of 1980, Ökkeş Şendiller, top convict of the case, and Muhsin Yazıcıoğlu, the leader of the fascist ‘grey wolves’ at the time, claimed that the Maraş massacre was organized by the communist militants, including Hrant Dink, the Armenian journalist who was later murdered in 2007.

Regarded as a ‘witness’ of the case, not a suspect, Ökkeş Şendiller is still free today, being an important figure in the operation of absolving the notorious deeds of the rightist and fascist forces in Turkey.

Today, at the 38th anniversary of the massacre, the governor office of Kahramanmaraş has banned all commemoration events, press conferences, rallies, demonstrations and protests for one month in the city under the pretext of the ongoing state of emergency in Turkey.