Opposition's mayoral candidate for İstanbul, Ekrem İmamoğlu, states that they have been receiving several unconfirmed reports for two days indicating that some files and official documents are being carried off from the Istanbul Metropolitan Municipality, implying corruption 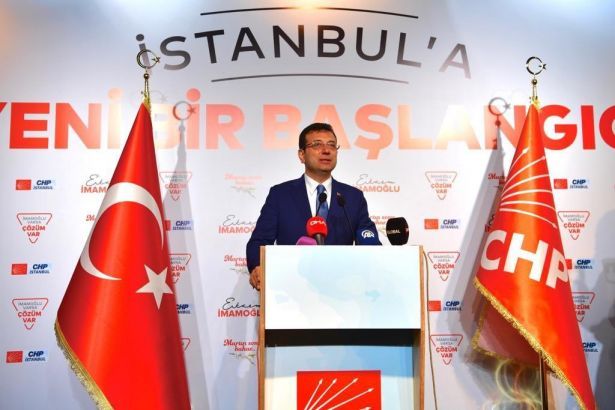 Ekrem İmamoğlu, the Mayoral Candidate of the parliamentary main opposition Republican People’s Party (CHP) and ultra-nationalist İyi (Good) Party, has made statements to the press at the airport before his visit to Ankara on April 2.

The metropolitan municipality of Istanbul changed hands after March 31 local elections, when the opposition candidate Imamoğlu took the lead against the ruling AKP’s candidate Binali Yıldırım. The ruling AKP, however, had declared Yıldırım’s victory before the count was finished on Sunday night and started the process of legal objections to the results, for which it claimed a large number of inconsistencies.

“We are receiving several reports regarding the Istanbul Metropolitan Municipality. It is claimed that they are destroying files in the municipality, I want to take measures for such issues. I will call them to account even for a single penny of İstanbulites,” Ekrem İmamoğlu, the Istanbul Mayoral Candidate of the Nation Alliance who has won the local elections of March 31 according to the incomplete official election results, stated.

İmamoğlu underlined that "The employees of the municipality should not pay heed to these orders," addressing the AKP officials’ attempts to destroy the files and documents in the municipality.

After a reporter asked him about the evidence of these allegations, İmamoğlu said, "What I am saying is that we are receiving several reports, I will announce them if there is evidence. I am calling the officers of the state to do their duty."

On Tuesday, nationalist Sözcü newspaper also claimed that the state-run, pro-government Anadolu Agency could not declare the results on the election night for hours because some officials from the ruling AKP attempted to destroy the documents and files in the Istanbul Metropolitan Municipality.

Anadolu Agency (AA) had stopped updating the election results on the election night just after the opposition, Nation Alliance, mayoral candidate for İstanbul began to catch his AKP rival, Binali Yıldırım. After AA stopped updating the results for 13 hours, it had finally declared that Ekrem İmamoğlu took the lead in İstanbul after the Supreme Electoral Council’s declaration, according to the first results.

Audit reports released by the Court of Accounts in October 2018, revealed a number of alleged wrongdoings and illicit spending by municipal administrations run by the AKP in 2017.

AKP lost in at least 14 provinces in Turkey