Opinion: Who is Lenin?

soL news columnist and TKP General Secretary, Kemal Okuyan, writes on the 150th anniversary of the birth of Lenin. 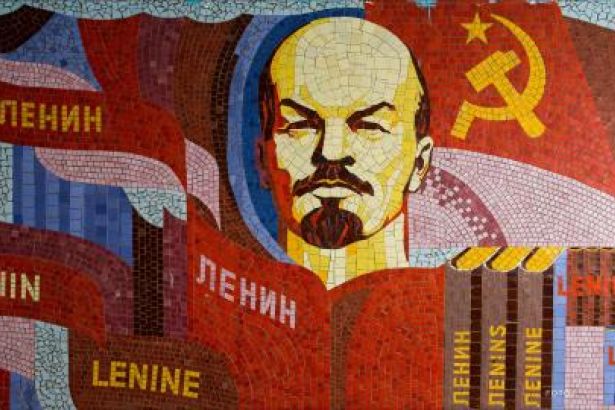 It was 150 years ago, Vladimir Ilyich was born; on the 22nd of April. Was in exile in Kokushkino, at the age of 17, a student at the faculty of law. At 19, he became a Marxist. Was only 24, when his first book was published. A year later, arrested again, yet this time the place of exile was Siberia. At 28, honored as one of the founders of the Russian Social Democratic Labour Party. He was the leader of Bolsheviks at 33, of the first socialist revolution when he turned 47, and of the USSR, at the age of 52.

Wrote in volumes, not by chance he was in love with libraries. Literally was a bookworm; absorbed in pages, he was chasing the revolution.

A new social order had to be founded.

An honest man could in no way be at peace with Tsarist Russia.  Or else, Vladimir Ilyich Ulyanov would have led a comfortable, privileged life in a country of abounding poverty and cruelty.

He was among those thousands of intellectuals that refused to turn a blind eye to the truth.

Yet he was unique when it came to the quest and accomplishment of a revolution.

Ameliorating the capitalist social order, or taming it by means of reforms, had nothing to do with him. As a consistent Marxist, he never dealt with the impossible, history had already brought in a verdict for the order of capital.

Abandoning the impossible, he chased the difficult one.

To get rid of the villainy called capitalism, he read, wrote, engaged in polemics, discussed… Founded organizations, divided organizations, stroke his attitude. As his enemies said, what he indeed dreamt of, day and night was “revolution”. One of which he lived (1905), another he observed (1917 February), and another, which he was the undisputable leader of (1917 October).

Ill-tempered, rude and sore, some said of him, as was said kind, merciful, understanding and amiable… This was not at all surprising, because he was in a hurry, knowing well what humankind can achieve when freedom and equality prevailed. He was keen on classical music, would never give up Beethoven, would get excited about new discoveries, he would even watch the test flights of newly designed planes during his years in Paris. He was patient...

Within political struggle… He would always worry about “falling behind”. His mastery in punctuality was not of knowing when to wait, but of sensing when not to.

If it were for some comrades, the engine of the car was pinking, the steering wheel was not balanced, the wheels were unreliable. Yet all in vain, Lenin was compelling at the Central Committee meetings saying “we have to decide on a day”, and was blaming those who were taking things slow with “cowardice”.

For years they have strived for, prepared for this. Throughout Europe the roots of capitalism were shaking, the revolution was on an incredible rise in Russia, the stronghold of reaction for ages. An unmissable opportunity!

Humanity was to be liberated from barbarity.

The road to emancipation was open...

The “revolutionary will” overlapped with the “revolutionary conditions”; from Anatolia to India, Mexico to Norway, Germany to China, the whole world rose up with hope and excitement.  It was on the 7th of November of the year 1917. Lenin and his comrades succeeded.

Afterward is a different story, big successes, and an even bigger tragedy… In time, that “revolutionary will” weakened; decayed from within, the Union of Soviet Socialist Republics would dissolve in 1991, without being able to self-defend against the imperialist siege and bourgeois ideology.

Humanity returned once again back to the prehistory, the age of barbarity.

We are living in that age. We will conclude that age.

Lenin is no longer existing, he is lying mummified in his mausoleum in the Red Square, in front of the walls of the Kremlin. His work, struggle, heritage is wide alive... In the past, he was called the founder of 20th century Marxism; now that we entered the 21st century, he is the gift of the previous to the new millennium.

Capitalism is the same; even fouler and more fragile… Even so, that in the near future it will bring opportunities to humanity saying “get rid of me!”.

And at that moment, the destiny of humanity will be determined by whether “a revolutionary will” is present or not.

Humanity will surely be liberated. From wars, crises, famines, pandemics… Our daughters and sons, granddaughters and grandsons will look back, and will amaze at “how great sufferings had there been”. And after that, they will speak of big inventions, discoveries, struggles.

A great man he was, they will say…