Communist Party of Turkey (TKP) CC member Alpaslan Savaş writes on the AKP government's new bill that paves the way for extending the workers' unpaid leave one more year in favour of the bosses. 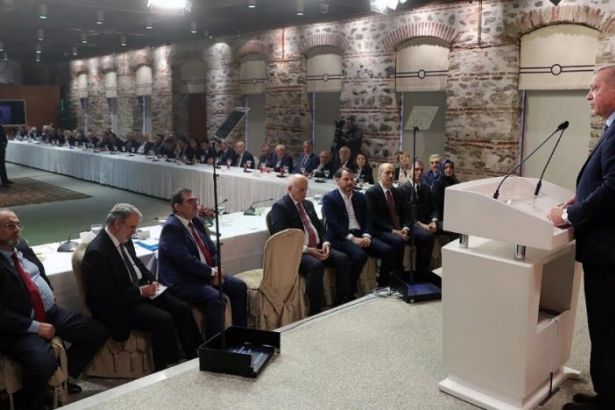 AKP is extending the unilateral practice of unpaid leave for one more year.

The unilateral practice of unpaid leave was enabled as a fait accompli at the very beginning of the pandemic by means of a provisional article to the Labour Law. The duration was designated as three months.

The practice was to end on July 16. “It should continue,” the bosses said. Erdoğan thus declared a decree on June 29, extending this duration for one more year. A new omnibus bill submitted to the parliament this week is expected to extend the practice until July 1, 2021.

What does this mean?

If the workers reject these terms, they will lose their severance and notice pay to the bosses as they will also be excluded from job security. They will try to survive with 38 Turkish liras ($5,54) per day from the unemployment insurance fund as long as they are on unpaid leave.

They mockingly described this practice as “a ban on dismissals”, which, however, is certainly a form of dismissal.

Unpaid leave did not exist in law previously. The consent of the workers was necessary. The workers could receive their compensations if they did not accept unpaid leave because this practice would essentially change their working conditions. Now, whatever the bosses say is prevalent!

This practice has also been used as a method of punishing the workers by the bosses so far. Unpaid leave has also been a punishment for the “disobeying workers”.

The bosses were thirsty for the practice of unpaid leave. The AKP government gave them what they wanted when the pandemic broke out. Now it is obvious that they want to make this practice permanent. The extension of the practice until July 1, 2021, is a step in this way.

The omnibus bill also includes some readjustments regarding short-time working conditions, which are in favour of the bosses like the extension of unpaid leave.

Accordingly, if the bosses resort to short-time working conditions at their workplaces, they will get rid of the obligation of paying the workers’ insurance premiums when they get back to the normal working conditions. The same goes for the workers who are called back from unpaid leave.

Force the workers to short-time working conditions under the pretext of COVID-19, but pay nothing! Force them to unpaid leave with the same pretext, but enjoy zero cost! Then call them back, put them to work for some time, but pay no insurance premiums at this time. What else would the bosses want?

It seems that the readjustments on severance pay that the bosses seek will not be carried out until the end of the current parliamentary session. Now, they will largely relieve the bosses of the “obligation” of severance pay at least for a year, albeit not completely. They would not go on the summer holiday without doing the bosses a favour.