Kemal Okuyan, General Secretary of the Communist Party of Turkey (TKP), commented, in his piece in the British newspaper Morning Star, about what is happening in Turkey with the crisis of pandemic. 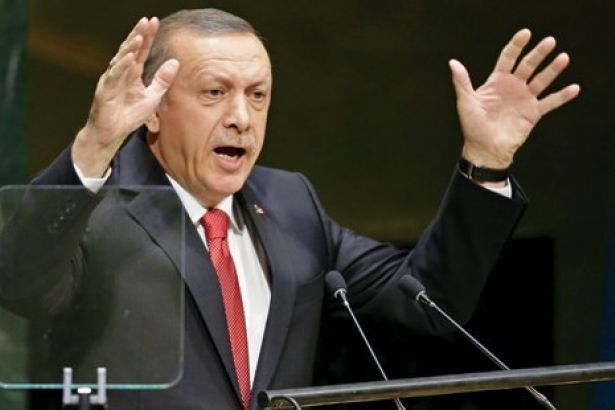 TKP General Secretary Kemal Okuyan commented on the recent situation Turkey is in during the pandemic, in his piece published by the socialist daily newspaper Morning Star. Okuyan argues that after the pandemic, the political, economic, and cultural upheavals will overwhelm the president’s two main ramparts.

Capitalism is experiencing an unprecedented crisis throughout the world. While it would be absurd to think that this crisis has been ignited by Covid-19, the virus has incontrovertibly exposed not only the economic weaknesses and political fragility of the imperialist world — but also its moral collapse.

From now on, to say that one country is somehow better than the others, that one capitalist country can be held up as an example, would mean ridiculing human reason.

This picture is especially important for the Marxists in Turkey. For many years the thesis that Turkey, as an underdeveloped country, should primarily evolve into a western-style democracy has confused many minds.

A simple virus has exposed this as nonsense in an instant. Looking at what has happened in the US, Britain, France, or Italy, a big part of the society has now seen that these countries could not be role models.

It is widely accepted in today’s Turkey — more people are showing an interest in Cuba — more are turning their faces towards socialism.

What is actually happening in Turkey? Why does Turkey continuously appear as chaotic, while having for almost 20 years a “stable” government with a leader famous for his authoritarianism?

In order to answer this question, to understand the recent past and the present situation in Turkey, one has to remember some key points. I will try to summarise these, correlating them with the ongoing pandemic.

The first issue is the tension between the promotion of fundamentalist religion and the accumulation of secular values within our society. Not because this tension is the most important one, but because its influence on the class struggles is generally underestimated.

Turkey has undergone a speedy urbanisation process since the 1980s. Although Turkey is known as an agrarian country, most of the population now live in urban areas.

Additionally, in order to fulfil the need for cheap and educated labour, new higher-education institutions and universities have been established all over the country.

Today approximately one tenth of the nation’s 80 million population are university students — while 25 million are undergoing education of some sort.

Consequently, Turkey has a young and urbanised working class and it is impossible not to have a tension between them and the fundamentalist policies of the AKP government. Indeed, the governing party has now lost the local elections in the three biggest and most developed cities.

Those parts of society that supported the government in the beginning are now rapidly breaking away from it. At most only a quarter of the population backs the AKP’s promotion of fundamentalist religion as the basic principle for social and political organisation.

But politically the AKP needs these religious militants and the shelter provided by their so-called religious values.

This tension is continuously alive. So it is not a surprise that the government’s non-scientific policies and its consequent failures to approach the epidemic systematically have drawn a lot of reaction.

The second factor keeping Turkey continuously in crisis stems from its foreign policy. There is no doubt that the eagerness of the Turkish bourgeoisie to have a bigger place within the imperialist system underlies the neo-Ottoman politics of the AKP government.

However, the attempts by Erdogan and the AKP to increase Turkey’s influence on the international stage have shown a conspicuous lack of political realism and this has dragged the country into a foreign-policy crisis over the last decade.

Erdogan has sought to exploit the confusion on the international stage arising from the shaky decline of US hegemony. Nevertheless, a significant part of the Turkish bourgeoisie is very uncomfortable with the associated risks.

On the one hand, they consider that these initiatives can create new opportunities, or at least increase Turkey’s negotiating power. On the other hand, they are worried by the resulting turbulence.

Even circles close to the AKP express concern that the aggressive policies, now extending beyond the drive to have a say in the energy resources in the eastern Mediterranean to additional demands on Syria, Cyprus, Libya, and the Aegean, are militarily and politically unsustainable.

Indeed, the owners of big capital are now pointing at the new economic challenges sparked off by the epidemic and are arguing that this situation should be used as an opportunity to fix relations with the US and the EU.

This brings us to the Turkish economy.

Erdogan’s “economic miracle” has been based on opening the country to plunder by the international monopolies, the lifting of legal barriers to the entry of openly or implicitly “hot” money, weakening organised labour both by coercion and through religious sectarianism — and an over-reliance on international loans.

These ploys have been exhausted for some time. The government has now run out of resources, including those gouged out of the people’s social-welfare funds and it does not have many options other than printing money or resorting to the IMF.

It is in these circumstances that Covid-19 has struck and brought Turkey to an unprecedented crisis.

The economy is in recession, unemployment is soaring and the value of the Turkish Lira is plummeting. No previous government in Turkish history has been able to survive such a negative economic picture.

Though it is clear that Erdogan will now put the blame on the virus, as he previously blamed international conspiracies, one can presume that the popularity of a pro-American, pro-establishment alternative, long been promoted, will increase.

Workers’ anger is also accumulating. A large cross-section of the working population, particularly in the metal industry, construction, docks, and retail, is questioning why they are made to work under harsh conditions, low wages and without job security when the general public is told to “stay home.”

Alienation from the existing social order, ongoing since last year, is pushing many to pessimism and some even to suicide. But it is also leading other workers to organised struggle.

Proof of this shift is the surprising rise in the number of membership applications for the TKP since the pandemic struck. On top of the crises of religionisation, foreign policy, and the economy, the challenge of surviving under these new conditions has become a daily ordeal for a very significant part of the population.

The ruling AKP is aware of this. That’s why they are trying to manipulate the popular perception.

Continuously mentioning the social aid that in fact reaches no one, or no one knows to whom it is delivered, understating the number of deaths from the disease and marketing the highly privatised health system as a great success are all used to manipulate popular understanding.

In terms of the immediate impact of the pandemic, Erdogan had been able to profit from the young age profile of the population and the limited ability of the aged to socialise, to go outside, and express their concerns.

Nevertheless, the late decision to stop communal prayers in mosques and the failure to isolate the tens of thousands returning from Umrah produced widespread anger.

The sharpest protest has been against the continued running of workplaces other than cafes and restaurants.

Given that the number of ventilators and drug supply are relatively adequate in Turkey, the main problem of the government will be the political, economic, and cultural upheavals once the immediate impact of the pandemic is over.

Erdogan will face both the pressure from the liberal, pro-Western opposition that extends inside the AKP itself — and the reaction of working people that probably will flow into anti-establishment channels.