SoL columnist and TKP Party Central Council member Aydemir Güler writes on the 105th anniversary of Medz Yeghern, commenting that the wound continues to hurt us. 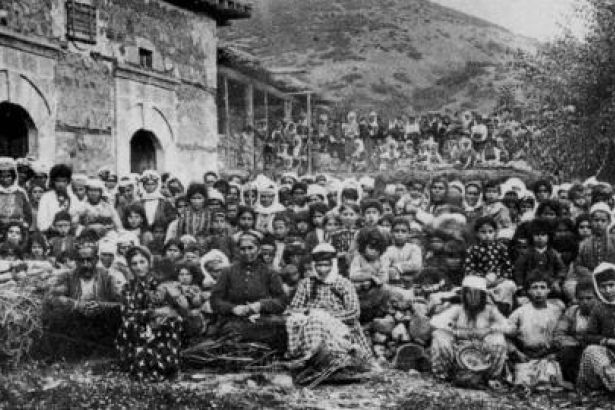 105 years have passed since the Great Crime, Medz Yeghern as our Armenian people called it in their own language. Not only did the pain not go away but also the wound continues to bleed and hurt us.

Recently, the issue came to Armenians in the AKP's reputation aid to the world against the epidemic. The spokesperson of the Presidency, İbrahim Kalın, declared that Armenia has requested aid, for which the Foreign Minister said “We do it even though we have our own needs”. Then two things happened. A racist campaign has been started on social media, advocating not helping Armenians. However, the Foreign Minister of Armenia has already stated that there is no such agenda and that they do not request any support!

You could ask what kind of nonsense this is. This is what happened: Turkish right-wing has fed its racist and fascist roots with its traditional hostility towards Armenians.

It was the last conjuncture of the rising tensions between Turkey and the United States. In mid-December last year, the US Senate agreed on a resolution, once more, on the Armenian genocide. The concept of genocide has always been a toy in the hands of the parliaments of the imperialist countries. These bloody hands turn back and make a hundred-year-old wound bleed. It doesn't matter who takes which decision.

Also, this resolution was not following a plan. These are barometers that measure Turkey's international reputation and, maybe, affect things like foreign investors' confidence.

So what, you could ask. A decision comes, another goes. The decision-makers, the protesters, those hustling with each other will look at the money. What remains is that Turks are hostile to Armenians and Armenians to Turks. They cause bleeding again and again.

Is the constant reproduction of the pain fate of our lands?

The answer is obvious. We cannot accept that this is fate.

But we couldn't come here anyway. We have seen that AKP has attributed a different meaning to the Armenians coming to Turkey to work. Their sweat blood has become a threat summarized with the words "They will see if we send them back". This wasn't all; the AKP-Gulen coalition pointed the gun to an Armenian intellectual in Turkey when they needed an igniter to change the regime. The assassination of Hrant Dink has fed the process towards reactionism.

Treating minorities as hostages is hidden in the genetic codes of the Turkish right-wing. The odd thing was to expect democratization and brotherhood from the right.

However, the problem does not start and end with AKP. No solution can be produced even for the simplest problem without breaking loose from the political and ideological balances of the order. 1915 is not a simple problem, but a heavy and complex historical problem. In a capitalist Turkey, a real solution is unapproachable.

But there is more. Any social or political problem with its roots in history cannot be resolved by judging the past.

According to the liberal proposition, even if some of them are well-intentioned, Turks will face the reality of genocide and the Armenians will abandon hostility to Turks. The liberal proposition attempts to explain why this has not happened to date by saying "because of the nationalists." This is far from an explanation.

The Turkish state, on the other hand, talks about leaving the discussion to the historians. As if history has consisted of objective documentation, historians have no ideology, and scientists pursue this profession are not receiving their salaries from organizations in Turkey, Armenia, England, and in the US...

Didn't those who emphasized historical facts for years finally find themselves comparing the number of deaths?

Undoubtedly, it is possible to reach historical facts. However, to be able to do this, we do not need to be free from politics and ideology and to be objective in that sense; we need to be linked to an ideology and politics based on the fact that Turks and Armenians have an equal, free, fair and fraternal future. When the equation is set up reversely, it will not give any results.

The problem can be solved if our common future, which we will establish on the basis of equality, as Turks and Armenians, is felt strong enough to overcome the past hostilities, the masses of displaced and killed Armenians, and the ongoing conflicts. It is impossible to relieve the heavy pain such as 1915 with the understanding of a shadowed common future that nobody cares about.

Connected with the imperialist capitalist system for 105 years, Turkey has continued to live the Armenian issue. The wound did not stop bleeding. It has been proven that Turkey's hegemonic forces dependent on capitalist imperialism and the order of their politics, ideology, and culture lack of any energy to clarify and overcome the Armenian issue. 105 years of an experiment is sufficient.

If we, as communists, now say “the solution of the Armenian problem is under socialism”, would we be postponing the soothing of the pain to an uncertain future? Can we be ignoring this pain? To say this, one must have taken a small step in 105 years. On the contrary, it is impossible for the pain to rest while some are exploiting others. On the other hand, with socialism, there will be no serious obstacles in front of this.

Let's start thinking from the abstract and proceed to the concrete.

In the nation-states that accompany capitalism, the rule has been that a nation oppresses, by mostly resorting to violence, other ethnic groups, nationalities, and minorities with which it often coexists.

The winner of this brutal experience is the nation's ruling class. The bourgeoisie also forms its capital by confiscating wealth from the past. It should be thought that someone "deserves to be confiscated". For this reason, millions are displaced from their homes and massacred.

The same thing happens to those who do not have any wealth to be seized.

Armenian issue in Turkey is the pseudonym of that the Muslim Turkish bourgeoisie in previous centuries confiscated the possessions of "others".

Armenian question in Turkey is part of the imperialist policy to our geography, our shredding policy of imperialism to tear down our region. Peoples are made hostile to each other and imperialism establishes its hegemony.

We cannot change the past, but we can change the future. As Armenians and Turks, our Armenian people who are a part of Turkey, and as the two neighboring countries, we will find the key to the solution for overcoming this nationalist history.