Only way to peace for Azerbaijan-Armenian conflict: Socialism 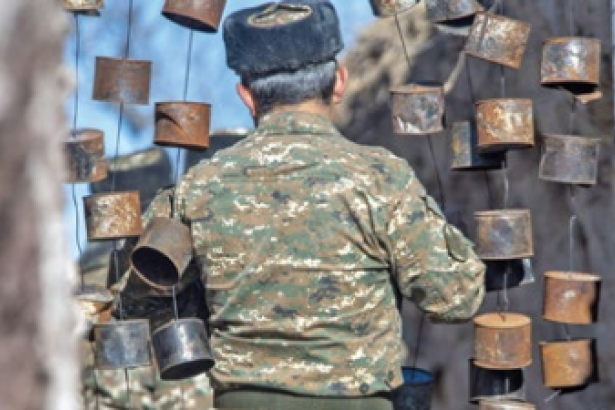 The autonomous region of Nagorno-Karabakh constitutes the center of conflict between Azerbaijan and Armenia since the dissolution of the Soviet Union. The declaration of independence by Nagorno-Karabakh and its subsequent steps toward integration with Armenia, and the establishment of a corridor by Armenia to annex the region have been the most important reasons for the conflict.

While Azerbaijan demands Armenia to withdraw from the occupied lands, Armenia demands Azerbaijan to grant the right to decide on its future to the region. The governments of both of the countries have promoted nationalist agendas and the working classes have suffered the consequences. 30 thousand people have been declared dead and more than 1 million people were forced deportation.

This region, which was declared after the October Revolution considering the demographic characteristics, continued its existence in peace for seventy years thanks to the pro-people policies that socialism built away from exploitation and nationalism.

TKP's weekly Boyun Eğme ("Do Not Surrender") has published an interview with Aydemir Güler, a member of the TKP Party Central Council, on the environment of peace and development created by real socialism and the policies of the Soviet Union. soL news shares the interview with its readers:

The war in Nagorno-Karabakh is argued to result from the failure of the USSR, the weakness of the balance among nations, the failure of policies organized from the center. What do you think? Did the USSR’s people policies fail again?

Caucasia is the region that troubles the Soviet socialism. The withdrawal of Tsarist troops following the October Revolution, the presence of British imperialism, the bourgeois governments that gained support from imperialists and the Ottomans, the Unionist dreams of pan-Turkism, the impact of 1915 Ottoman-Armenian catastrophe, different ethnic people with different languages and cultures abused for more power and wealth, the need to unite the Tsarist Muslims with socialist salvation. These were at the table.

Imperialism cannot solve any problem alike. Socialism did! It ended the Tsarist invasion by facing all the risks. Nobody could ask for the right to decide on its future during the Soviet reorganization. The establishment of Soviet Armenia and the establishment of peace with the Kemalist regime, the regime that saved the October Revolution, and achieved the national independence of Turkey. Both could happen only at the same time. The war was won against the White Armies. If one of them was not achieved, there would be absolute destruction. Communism has brought a different future.

Was the structure strong enough?

The solution for the national question developed through the pro-peoples policies of socialism was founded on socialism. This means the purge of exploiting classes and their representative political movements from all nations. This is the first step. All of them came back after the dissolution of the Soviets, and they assumed power.

Secondly, controlled self-government was going to be pursued. This was difficult since the ruling classes held governing experience, political vision, knowledge, ideology, church or mosque, ruling culture and they still held wealth! On our side, there is no cadre, no experience of ruling, nationalist biases, poverty, war fatigue. Thus, there must be a controlled transition. The remains of the old regime should not be elected through democratic means due to the problems of organization and consciousness once self-government is established. While doing so, the new regime should not employ brutal Tsarist measures. Soviet socialism achieved this to a great extent.

It is an extraordinary success to grant political freedom through autonomous regions of national and ethnic populations while constructing fraternity that would prevent disintegration. The only way to maintain this success was to prevent interference of imperialism and the rebirth of exploitative classes.

Would the solution to the Armenian-Azerbaijan conflict survive under reel socialism? What could be the solutions of communist today without socialism?

A small region in Azerbaijan with an Armenian-majority population. If that happened by a capitalist state, you would say it is a trap. In the 1960s, this was the case in Cyprus.

It was different under a socialist order. It was the case because the Armenians already lived there among other nationalities. It is the pride and success of the Soviets that this historical legacy survived. The solution was not eternal. Any political structure organized according to national identities assumes an antagonism among these identities. In the long-run, national and ethnic properties should be marginalized from the political arena and limited to the cultural arena. The model of reel socialism provided this relation. The power of working classes, the mobilization of national resources to cultural development. It should have evolved from here. If there had not been a counter-revolution, the Caucasian peoples would move from fraternity and common life experiences for thirty years. Instead, the seeds of hatred were sowed for thirty years.

We could discuss possible solutions on the basis of a ceasefire as an urgent measure. However, we need to have additional steps. We need to formulate war as a hate crime and a crime against humanity. We should prevent the intervention of imperialists and regional powers and different countries. Whenever the old international laws among the ex-Soviet people interfere there is a problem. We need to prevent such interference. We need to refuse any primacy based on nationality and ethnicity. Who will do these? The working classes of Armenia and Azerbaijan and other countries. We need to empower communists to take such an initiative in the names of the working classes.

The bourgeoisie must be right. We need to give the specter of communism a real body.