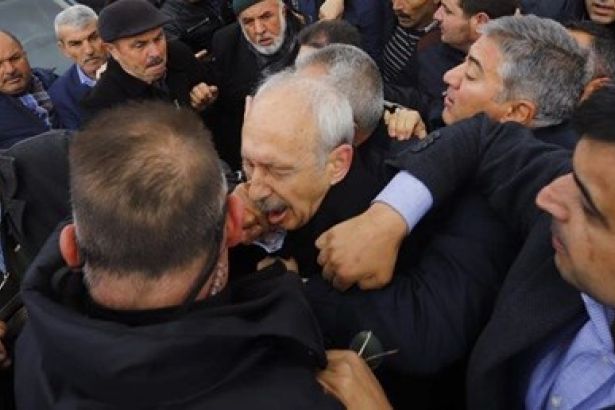 One of the attackers pushing and hitting the CHP leader Kemal Kılıçdaroğlu on Sunday is a member of the ruling AKP, the spokesman said.

Osman Sarıgün and five other attackers were taken into custody after the attack that was about to turn into a lynching. AKP spokesman Ömer Çelik stated today that Sarıgün was a member of the AKP and that he had been sent to the disciplinary committee to be dismissed from the party.

AKP representatives were targeting the CHP leader and other politicians from the opposition, charging them of cooperating with the pro-Kurdish HDP. Kılıçdaroğlu was attacked at a soldier's funeral who was killed in clashes between the Turkish military and PKK.

Erdoğan's interior minister, Süleyman Soylu, made a statement before that called on people not to allow CHP representatives to attend soldiers' funerals.