Kemal Okuyan, soL columnist and the General Secretary of the Communist Party of Turkey (TKP), writes on the recent developments amidst Iran’s missile attacks on the US bases in Iraq following the assassination of Iranian General Suleimani 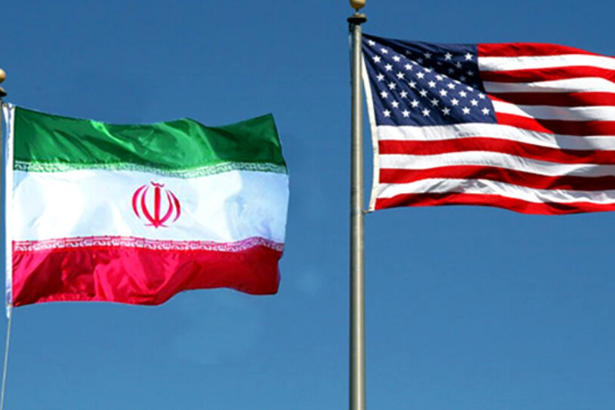 Can Iran go into an explicit and direct war with the US?

It can, but it cannot win this war. The gap between economic and military force between the two countries is obvious. Furthermore, the economic problems that are becoming more evident following the US’ blockade are expected to escalate the social unrest in Iran and temper the wind of patriotism blowing after the murder of Suleimani with an extensive war. The Iranian administration would not want an extensive war with Iran knowing that it would not win this war.

That said, the Iranian administration also knows that the US cannot win a possible war. The US’ high firepower cannot balance the rage of the poor peoples in the Middle East, as well as many other regions around the world. Although they do not stand for a consistent anti-imperialist asset, the anti-US reactions prevent the Yankee from holding on to this region or make it very costly.

You see the situation of Afghanistan… You see the situation of Iraq just after the overthrown of Saddam… The US cannot win. Furthermore, the Iranian administration has serious political-ideological reserves that can be transformed into a military force in the region when necessary. Iran can play the game in a broader region including Iraq, Syria, Lebanon, and Yemen. The US cannot narrow Iran’s field of movement by means of military instruments; on the contrary, The US’ all moves may backfire in this respect, so it does.

An extensive war is neither good for Tehran nor for Washington. Doubtlessly, the moment might come and such a war would be inevitable; or any miscalculation might immediately lead the controlled conflicts to an unpredictable war. Adding such a person as Trump as a practical figure into this theoretical possibility, we can infer that a rapidly escalating war should not be considered very unlikely.

For the moment, however, the Iranian and the US administrations seem to know that they would lose rather than win any war amidst the escalating tension following the murder of Suleimani. As both sides feel the risk of losing, this situation helps them put on the brakes mutually, or at least release the gas pedal.

It is very revealing that Trump declared “We don’t want war” as he did not pay much attention to Iran’s missiles that were fired in “revenge” into the two bases of the US in Iraq. Considering the Iranian administration’s statements –meaning “We’ve settled the scores”-, we can infer that the attacks towards the US bases were conducted in order to get the tension under control for some time. It can be said that the Iraqi authorities were warned just before the missile attacks so as to help taking precautions at the US bases. Although it is still unknown whether there is any loss of life at the bases, it seems that the US troops were not highly impacted by such a sophisticated attack that resulted in serious material damage.

In this phase, we can say that Iran fired “smart” missiles.

This symbolic attack should be evaluated as a military and political success of Iran considering that it coincided with the moment Suleimani had been killed while targeting the bases that Trump had visited. The one-day mourning declared for those who were killed in the aircraft crash that took place in the meantime should be seen as a proof that the Iranian administration opts for long-term plans instead of an uncontrolled aggressiveness. The mourning would doubtlessly distract the public attention on the murder of Suleimani.

As for Trump… the Trump administration’s characteristics are becoming more evident as the president is guiding the US foreign policy with unpredictable attacks. After Trump hits, either he retreats or he starts waiting.

He hit Syria, and he retreated to some degree. He attempted a coup in Venezuela, he declared a weird man as the president; yet he was not assertive that much or he could not. Looking carefully at his relations with the Democratic People’s Republic of Korea and Iran which he was trying to bring down through sanctions, even his relations with Russia and China, his line is based on tightening and losing relations. The recent crisis with Iran is also evolving in a similar direction.

Is Trump the reason?

We cannot make any good evaluation without understanding that the US needs Trump at the moment. The US is losing power. This period started long before Trump; and indeed, Trump is trying to stop, or rather manage, this phase. It is out of the question for the US to return to its hegemony 30 years ago. As we have put forth for years, however, there is no country to replace the US. Therefore, the imperialist world is witnessing limited fights, escalations, and conflicts that delay an extensive war of distribution.

However, these limited fights cannot discharge the energy; contrarily, the contradictions are getting deeper.

This is where international monopolies have dragged our world.

Instead of looking for an answer to this question, it is high time for everyone to roll up their sleeves in order to eliminate their own reasons for “war”. Who causes the wars are monopolies of weapons, giant energy companies, multinational companies in agriculture, cement-freak construction firms, the capitalists who are living on profits and blood. If we cannot get rid of them, sooner or later we will get burnt in the hands of the gods of war; common sense or diplomacy of some will be useless.

As the US, the home to the United Nations, is impudent and scoundrel enough not to grant visas to the representatives, ministers, and presidents of the member states, it would be very naïve, if not idiocy, to believe that diplomacy will save the people from disasters.

The only way of emancipation for humanity is to eliminate the war barons.