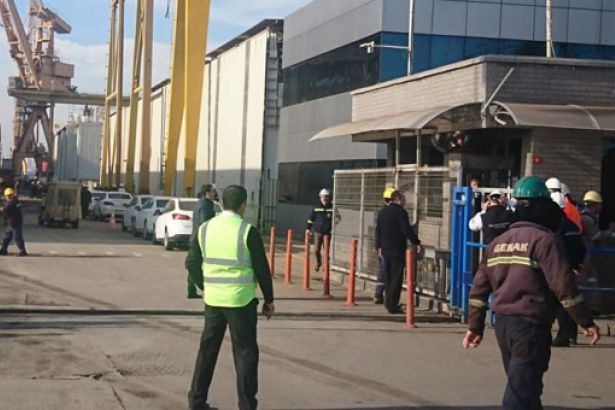 A fire outbroke in the boiler room of a Hong Kong-flagged fuel ship in Tuzla shipyard in İstanbul on January 28.

The fire left two workers dead and 11 wounded before it was extinguished by the firemen. One of the 11 workers is seriously injured.

Governor's office of İstanbul made a statement declaring the cause of the fire and the number dead and wounded people, while an investigation was launched by the Istanbul Chief Public Prosecutor's Office.

In the written statement prepared by the prosecutor's office, it is stated that an investigation was launched for the explosion occurring around 14.45 pm on January 28 during defueling process in a Hong Kong-flagged ship called KOSEIDON.

Tuzla shipyard in Istanbul’s industrial district is one of the largest shipyards in Turkey located on the northeast of the sea of Marmara. The shipyard has become known for frequent deaths of the shipyard workers in occupational murders, bad working conditions, and illegal employment.