Observer says 2.5 million votes could have been manipulated in Turkish referendum

Up to 2.5 million ballots are suspected of having been manipulated during Sunday's referendum on constitutional reforms in Turkey, observer says 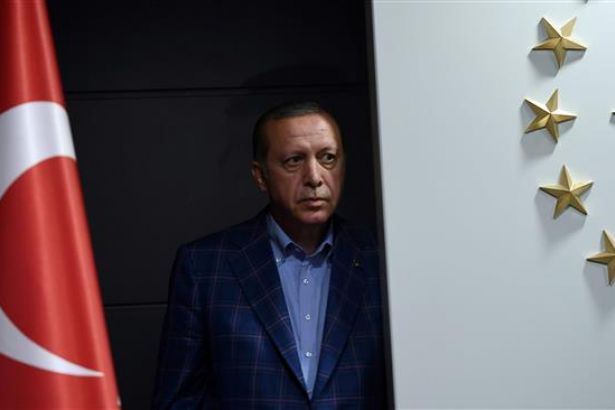 A photo of a tired, nervous president about to declare "victory" was widely circulated online.
  

Up to 2.5 million votes are suspected of having been manipulated during Sunday's referendum that ended in a close "yes" vote for greater presidential powers, an Austrian member of the Council of Europe observer mission said on Tuesday.

Alev Korun, an Austrian member of the Council's observer team, said there were questions about the actual voting as well. "Yes, definitely. Up to 2.5 million votes had suspectedly been manipulated," Korun told OE1 radio, answering the question if there is any evidence of the large-scale violations. That number of votes would be almost double the margin of Erdoğan's victory.

"This is about the fact that actually the law only allows official voting envelopes. The highest election authority decided, however - as it were, against the law - that envelopes without official stamp should be admitted," Korun said.

Korun reminded that there is a lot of video footage showing ballot-box stuffing.

However Turkish authorities are not cooperating with efforts to investigate election fraud, according to a senior official in the Organisation for Security and Cooperation in Europe (OSCE), which conducted a separate monitoring mission.

Turkish President Tayyip Erdoğan has dismissed criticisms of the referendum frauds, saying foreign observers should "know their place". The foreign ministry claimed foreign monitors lacked objectivity and impartiality. The ministry for EU affairs accused the OSCE mission, which oversaw the constitutional referendum in Turkey, of a biased approach.

Michael Georg Link, who headed the OSCE observer mission, said Turkey was not helping an investigation into possible irregularities, and Ankara's questioning of OSCE neutrality was "clearly politically motivated".