Number of unemployed in Turkey reaches 16 million during pandemic

The number of unemployed people in Turkey has been estimated to reach 16 million during the pandemic crisis, with almost 12 million lacking any social protection. 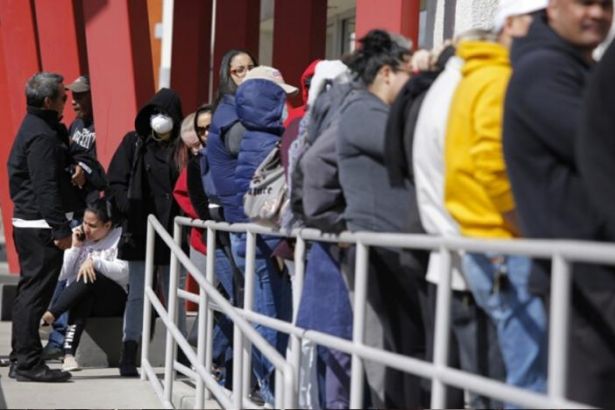 The Turkish Union of Architects and Engineers (TMMOB) published the May issue of their monthly reports of Industrial Problems. The latest issue included the data of IMF, OECD, the Turkish Statistical Institute, Treasury, the General Directorate of State Airports Authority, the Ministry of Culture and Tourism.

The issue underlined that the unemployment arguably reached 16 million including short-term working, unemployed, unpaid leaves, ones at the age of 65+, and 15-17 who are employed, and unemployed in the informal sector.

The issue also underlined that only a quarter of 16 million could access an aid of minimum wage and almost 12 million lacks any social protection.

Youth has also been subjected to the burden indebtedness, which prepares the grounds for political and economic pressure turning youth into the inert and weak working class. By 2018, 1,259,193 students had student loans. 279,797 students declared their inability to pay the debt back while 342,282 students had 2,095,228 TRY debt. Those who could not pay their debt were subjected to the state seizure.

Youth is also subjected to the majority of the occupational murders. 2073 young employed were killed over the last eight years. Suicides because of the struggle to make a living are on the rise. 1274 young people committed suicide as a result of such a struggle between 2003 and 2018.