Number of people without any social security increased to 11.1 million in Turkey 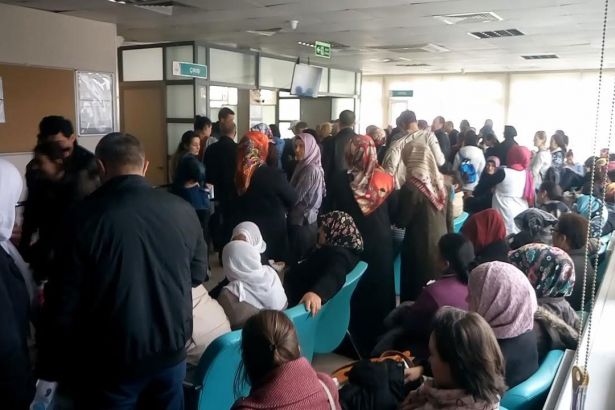 According to Olcay Büyüktaş from Cumhuriyet daily, the number of people who have no social security has significantly increased. The number of people who did not have any social security, who did not work and did not receive any income or monthly pay from SSI, who were over 18 years old and registered under the GSS increased from 9.8 million in 2017 to 11.1 million in May 2019.

According to SSI data, the number of absolute poor has increased by 396 thousand people. In other words, the number of people paid by the State General Social Security (GSS), because their income was less than one-third of the minimum wage, increased by about 400 thousand in the first five months of this year.

According to the same data, 518 thousand 554 people lost their jobs and were bereft of social security in the first five months of this year.

In the meantime, Social Security Institution's total deficit in 2018, which was a total of 15.7 billion liras went up to 20.2 billion liras in the first five months of this year.

General Health Insurance (GSS) is the state insurance which provides health care for the people who have no other social security and finances the expenses incurred in case of health risks.

The main purpose of the General Health Insurance, known as GSS, is to ensure all citizens throughout the country to benefit from health care. GSS is mandatory for Turkish citizens who are over 18

Those over the age of 18 can benefit from the service for a fee if they do not work or are not insured. Anyone who is not employed, not insured in any way, who has no health insurance on behalf of their mother, father, spouse or children, who do not receive a pension or income from SSI is obliged to participate in GSS and pay the premiums.

According to the system, unemployed citizens could benefit from health services by paying 60 liras monthly as GSS premium to SSI. However, last year it turned out that millions of people could not even pay their reduced GSS premiums.

A former SSI General Manager announced that a total of 6.4 million people had premium debts in 2018, meaning that millions of people cannot benefit from health services.